Home News and Editorial Sphero is ready for the new Star Wars with BB-9E and R2-D2... After the massive success of their BB8 droid, Sphero has today expanded their range with BB-9E and R2-D2 app controlled Droids, available in-store today.

The new release includes everyone’s favourite astro-mech, R2-D2, as well as BB-9E, a new character from the upcoming Last Jedi movie which arrives in theatres in December. In short, BB-9E is a’menacing astromech droid of the First Order’. Also along for the ride is a new base unit called a ‘Droid Trainer’ which will let you do more with your droids in the new all-in-one app.

The new Sphero Droids are cool to look at, and are completely to scale so your R2-D2 looks correct when sitting next to either BB8 or BB-9E. The droids now interact with each other if you have more than one, and you can also have them watch the Star Wars movies and interact with them as they play. Artoo deviates from Spero’s familiar circular designs, and remains true to the Star Wars design with a three wheeled form factor, or you can retract the centre wheel and have him waddle from side to side just like in the movies. Controlled by four motors, you can spin Artoo’s head around, light up the front and rear LED lights in the head and of course activate those familiar beeps and boops we all know and love. BB-9E on the other hand builds on the design of BB8, adding in a set of light up LEDs in the removable dome module. He’s not the droid you’re looking for, he’s the Droid who’s looking for you – and he’ll show you that in the Patrol mode you can activate from the app. Both droids are controlled using the Sphero apps, available in Google Play (or the iOS app store). While you can have great fun (and I mean a LOT of fun) with them zooming around the house, you can also try out the new holographic simulations in Droid Trainer mode.

Droid Trainer is based on the new base station that’s included with BB-9E, it lets your droid get up to speed without going anywhere so you can send it on adventures in the app without worrying about him running off. R2-D2 also gets in on the action with the body allowing you to get going in the app without Artoo heading off into the wild blue yonder.

Each Droid has it’s own holographic environments to explore. You’ll be able to roam through iconic ship interiors and other memorable locations from the Star Wars saga, while BB-9E will let you check out the interiors of the Mega Star Destroyer from Star Wars: The Last Jedi and BB8 will get to explore a resistance ship. 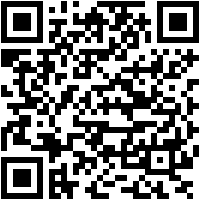