Huawei’s CEO Richard Yu will take to the stage at IFA 2017 in Berlin later today and is expected to announce not just a new chipset but a whole new, never seen before, design for this said chipset.

A couple of weeks ago we reported that Huawei were set to bring a new Kirin chipset, the Kirin 970, to the Mate 10. Little did we know that it would not be the Kirin 970 itself making the big splash but a portion of it.

We have seen rumours circulating regarding the 10nm-based Kirin 970 for a while now but what the rumours did not report was that the chip will be the first chipset to contain dedicated AI hardware. We have heard that the Kirin 970 will come with an integrated AI chip. This will make it the first of it’s kind to be installed onto a mobile device.

At Google I/O this year signalled Google’s intention of pushing AI front and centre. Not only did they talk about moving the AI software off the device and moving it into the cloud but also making these interactions and computations much faster with better algorithms. Huawei have also shown that they are committed to driving AI technology with EMUI 5.0 that is meant to learn how you interact and change itself accordingly to make the experience more seamless.

This year at IFA 2017 in Berlin their banners are everywhere signalling their intentions tonight. The new Kirin 970 chip will contain HiAI Mobile Computing Architecture which will use a number of dedicated cores for AI processing. These dedicated cores will enable the device to perform AI functions much faster than a standard chipset. The idea of the “neural network processing unit” is to not just listen to the user’s queries but to understand them and to process image data in real time amongst other things.

According to Huawei’s AI expert Baofeng Zhang, future AI devices should be able to perform deep and lifelong learning of user behavior patterns so that they can predict user needs and respond in real time. This is the next step for digital assistants.

We have seen many devices with digital assistants built in, especially this week coming out of IFA, and all of them require the AI work to be done in the cloud to interact with you. The next step in the learning process is to have a digital assistant which understands your requirements and preferences, not just reactively to commands but also proactively. 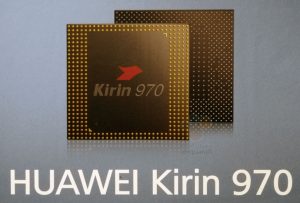 The next step is to move AI/digital assistance into a space where it will know what you want and need before you even do. It will be able to proactively explore what you need and enable these services in just one step. Imagine opening your camera app and it automatically detects your surrounds and the picture you are trying to create so it has automatically selected the exact settings required to take this photo.

The AI will then need to be able to continue learning from the user and be able to adapt to changes in the user scenario and eventually find by itself the most optimal approach to completing tasks.

According to reports we have seen Huawei’s new chip will come with that integrated AI chip. We expect them to showcase more use cases and AI applications that this new chip integration will be able to perform. Tonight at just before midnight (AEST) we may well see just how our future life will become (hopefully not Skynet).

It wil be interesting to see where they go with the AI thing , i really like the being able to give my phone a command or ask a question , have it give me directions and info to destinations , and i suppose if i had the whole house automated too it may hold more interest to me (but i dont) . If i was Mr Packer and could afford to have robots and all the super wizz bang gadgets to really make use of a bunch of AI tech i may be more into it . Sometimes i… Read more »