At IFA in Berlin, German audio company Sennheiser has unveiled three new pairs of wired and wireless In-Ear Headphones, sure to tickle the fancy of audiophiles.

The three models announced include the wired Sennheiser IE80, as well as the wireless Sennheiser Momentum Free and the ‘neckbud’ style Sennheiser CX7.00 BT. Even with some companies dropping the headphone jack on phones, there’s still a large market for wired headphones. The Sennheiser IE 80 S are aimed at this market.

The headphones look great, and come with various options for optimal fit, including a choice of ear adapters, which now include memory foam ear tips from Comply and silicon options. The sound range (on paper at least) is fantastic and to really cap off the capabilities they’re noise suppressing (not cancelling) up to 26dB.

The Sennheiser IE 80 S will become available in September. 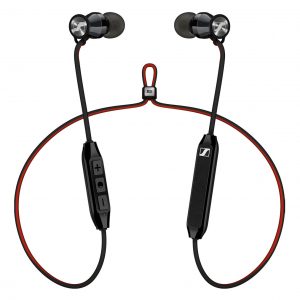 Perhaps more the “expected” connectivity option these days the Momentum Free is a Bluetooth 4.2 set of earphones with up to 6 hours of listening time on a single charge making it them ideal for commuters or users who are outdoors working for long periods during the day.

The Momentum Free comes with a really nice quality case and with the built in microphone and controls, you’re unlikely to need to grab your phone out to control music or make and answer calls during the day.

Pricing has not been announced at this stage, but they will be available in October so we’ll keep our ears to the ground and bring more information when it becomes available. 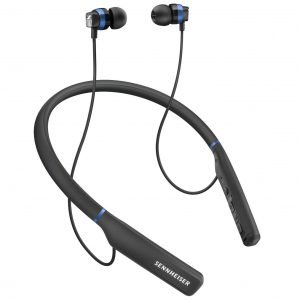 While the look and feel is a bit more casual than active, the CX7.00 BT have a huge function set that many competing devices don’t. Starting with the capability to pair to two devices simultaneously – useful for people who want to listen to music from their phone and also pair with a PC/Laptop for Skype or other online call capabilities. Being a physically larger unit, it also houses a larger battery that Sennheiser say will last up to 10 hours of playback and a fast charge time of 90 minutes.

Although no price and availability timeline is listed on the Australian site, it is listed so the indication is that we will see it sooner rather than later. The US Sennheiser site lists them as US$149 (about $187AUD) which provided the Australia tax isn’t too high when they arrive makes them quite a reasonable option for price, quality and functionality once available.

Having had a number of pairs of Sennheiser headphones and earphones in the past, I can guarantee you’ll get what you pay for in terms of quality. For some users though, spending hundreds of dollars just simply isn’t an option. If you are interested you can pre-order the IE80 and keep checking back for more info on the other two.

What options and features do you look for when investing in new audio equipment?