Home Mobiles Apps, Games & Google Services Farming Simulator and Dropsync PRO are down to just 20c each in...

Whether it’s syncing those docs, photos or more to Dropbox, or building out your farm in Farming Simulator, the Google Play Deals of the Week are worth checking out now.

Dropsync Pro Key
If you’re a productivity expert then chances are you’ll use cloud storage, chances are you’re a fan of Dropbox too. This weeks deal is for the Pro key for MetaCtrl’s Dropsync app which is a free app on Google Play.

What is Dropsync? The blurb for the app gives it to you straight: ‘Dropsync lets you automatically sync and share unlimited files and folders with Dropbox and with your other devices’. It basically mimics the Dropbox desktop app, but with mobile syncing new files to all devices including Android devices, as well as deleting files when deleted on one client – it’s all synced.

The pro key gives you a few extra features:

It’s just 20c for a week, so head over to Google Play and grab it now. The game is all you need to ‘Plant, grow, harvest, and sell five different crops, raise cows and sheep, and sell timber at your own pace’. Sounds like fun? It also looks good with 3D graphics showing you your farm in realistic 3D detail. There’s all sorts of fun things to do like drive around in the massive farming machinery that you’ve always wanted to. The built-in AI will help you farm to get best results – if you need a bump.

There’s local multiplayer support using WiFi and Bluetooth – but the developer notes that this is not available on Android TV – yes, that’s right, you can play Farming Simulator 16 on your Android TV.

If you played Farmville back in the day, then this may be right up your alley. Head over to Google Play and grab it now. 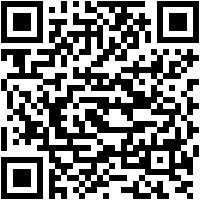 I love fitness, any chance to be active is for me and when I saw that Runtastic Mountain Bike Pro had been reduced to free I had to get in on it.

Runtastic has a stable of fitness tracking apps, from running, to biking and even just things like tracking Situps or Pushups if you want to concentrate on that aspect of your workout. Mountain Bike Pro offers you tracking of your rides, as well as suggesting routes for you. There’s social as well allowing you to track your friends and where they’re riding as well. Offline maps are perfect for going off the beaten path on your Mountain Bike.

It’s a great deal, and no mention of In-App Purchases either, so check it out now – you can’t beat free right? 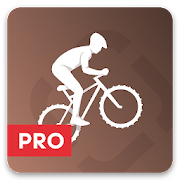