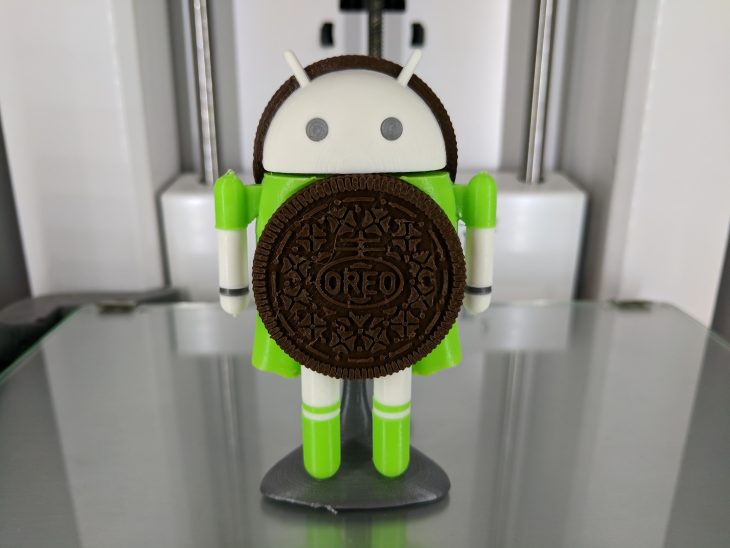 Android Oreo was made official last month with a new super hero themed statue in tow, now anyone with a 3D printer who wants to, can 3D print their own.

The final product has been teased by developer Ronald van der Lingen who modeled and released the design on 3D design market place Thingiverse. Ronald has previously modelled the Lollipop and Marshmallow Bugdroids as well and placed those on his Thingiverse page.

There are 13 pieces you need to print to assemble your Oreo themed Bugdroid Superhero, and each piece is included as an STL file in a zip you can download from Thingiverse – along with alternate parts for various options. As you can imagine with 3D printed files, there is some assembly required.

If you don’t have a 3D printer you can still get your hands on one of these bad boys thanks to places like Shapeways who will let you upload the STL files, have them 3D printed and then delivered to your door. The total cost including delivery is $70.88USD (a bit over $88AUD).

There are a few issues with Shapeways, they don’t seem to be able to print the Oreo in Brown, and their Green colour is a fair bit darker than the original model.

Ronald has previously said he wasn’t going to print these to sell, just wanted to release the files on Thingiverse, but surely there’s an enterprising 3D printing enthusiast who can start knocking these out in bulk.