Earlier today we reported that Google was seemingly set to announce the new Pixel phones on October 4. Now it seems that more Pixel 2 information has surfaced as it has made its way through the FCC certification process.

The folks at Droid Life spotted what is likely to be the LG-made Google Pixel XL 2 on the FCC website. The device spotted has the FCC ID of ZNFG011C with ZNF being LG’s FCC code. The G011C is what lends itself to being a Pixel XL 2.

The Pixel 2 made by HTC that we saw pass through the FCC a month or so ago had the code G011A and this is the same code but a third variant (remember it was rumoured originally that one version, Muskie, was cancelled – that would be the G011B most likely). The exact same code (G011C) also showed up on the Global Certification Forum a few weeks ago so it seems fairly certain that this is now the LG-made Pixel XL 2. 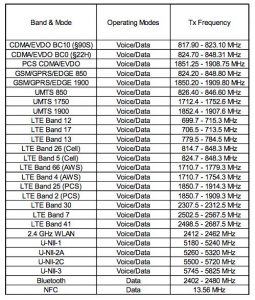 Unlike the previous FCC Pixel 2 entry this one reveals very little. It reveals the US cellular bands, and the presence of Wi-Fi 802.11a/b/g/n/ac, Bluetooth and NFC (hardly earth shattering). LG have done a much better job than HTC at concealing details of the device which is disappointing. Feel free to read over all the documentation on the FCC website and let us know if you see anything substantial — I was unable to find anything of great value when i perused it.

With still nearly three weeks until the announcement of the new Pixel devices we can be sure that there will be quite a few more leaks detailing what we can expect from Google’s second attempt at their own phone manufacturing. Grab the popcorn and stay tuned for all the exciting (and not-so-exciting) leaks up until that event.