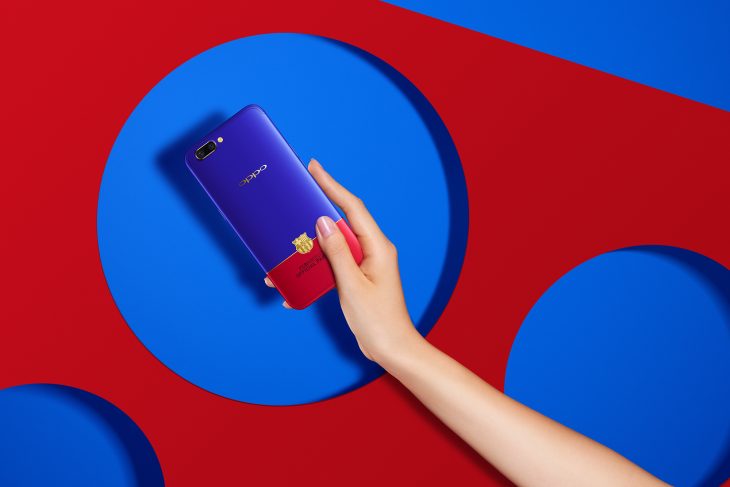 As part of their sponsorship of FC Barcelona, phone maker Oppo has launched a red, blue and gold FC Barcelona themed version of the Oppo R11 in Australia. They’ve also released a limited edition red model of the phone.

The limited edition FC Barcelona edition R11 will cost $699, a shade more than the standard black, white and red editions of the phone which are priced at $649 each at JB Hifi. The red launched earlier this week, but the FC Barcelona edition only arrived today, and you can see both of them on the JB Hifi website.

The FC Barcelona edition R11 has the same great hardware specs as the original including a dual 20Mp/16MP camera setup on the rear, capable of recording crystal clear 4K video. The FC Barcelona comes in red, blue and yellow with an 18K gold-plated FC Barcelona badge on the rear.

As an official partner of FC Barcelona, we’re excited to be able to give soccer fans a device that matches their passion for the game and for the sporting club. OPPO is committed to bringing the best products and experiences to Australian customers, and with over 200 tests undergone to ensure the logo, design and colour contrasts are perfect, sports fans can rest assured knowing they’ll receive the best possible product.