After announcing trials of their 4.5G technology earlier this year, Optus has today opened the doors of a new ‘flagship experiential store’ in Sydney, where customers can check out the latest uses for connected homes.

The stores are filled with tech including Smart Home devices, Smart Switches and of course, Google Home. 4.5G will allow for more capabilities for customers, with Optus’ Managing Director of Networks, Dennis Wong saying

Optus sees the uses of 4.5G also allowing for benefits for the growing Internet of Things market which is demonstrated alongside other topics on the 4x4m 8K TV screen mounted in the store. 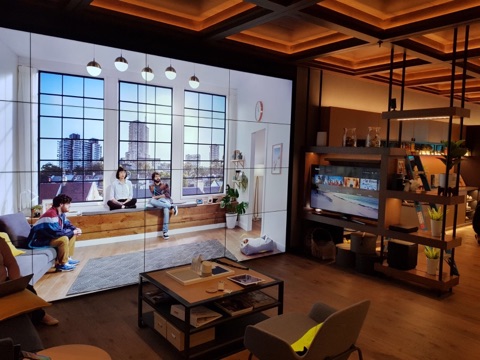 Optus is heavily invested in showing new avenues and directions for their business. Over the last year Optus has increasingly begun offering multimedia content such as the English Premier League, access to Cricket and more, 4.5G technology will also help Optus customers get data faster. Vice President of Optus Retail Frances Martin said

Talking about the new interactive area in the store, Ms Martin said ‘The digital technology featured in the store comprises more than 120 million pixels and almost one million LEDs.’ Their interactive area also includes an interactive area where you can take a selfie with Usain Bolt. Optus says ‘This activation uses facial recognition technology and body tracking technology to identify consumers’ micro expressions and gestures to ensure the ‘perfect selfie’ is achieved’. If you’re in Sydney and looking to see what the future holds, you can check out the store on George Street.