We have seen numerous leaks for the upcoming Mate 10 and Mate 10 Pro but until recently we didn’t even know of a third variant’s existence. Evan Blass (@EvLeaks) revealed the existence of a Mate 10 Lite not long ago but still details were sparse — today he has spilled the beans over at Venture Beat.

Recently we started seeing leaks of a Huawei phone with four cameras known as the G10. It bore a striking resemblance to the leaks we had seen of the Mate 10. After a few days ago announcing that the G10 would be sold as the Mate 10 Lite outside of China Evan Blass has revealed even more details on the third Mate 10 variant. 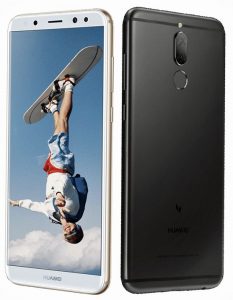 Codenamed Rhone, the Mate 10 Lite has a 5.9 inch, 18:9 aspect ratio display with a 1080 x 2160 pixel resolution. That gives it an 83% screen to body ratio, impressive but still less than the 89.89% of the Mate 10 Pro. The phone is manufactured as a full metal unibody design as so many Huawei phones are.

The phone will have dual rear AND front cameras with the rear pairing a 16MP camera with a 2MP camera and the front a 13MP camera with a 2MP camera. Both cameras will have a flash and be able to produce bokeh effect with ease. It will be powered by Huawei’s Kirin 659 and house 4GB of RAM and 64GB of onboard storage with a 3340mAh battery. All three Mate 10 phones will run Oreo although it is unclear whether all will receive the new EMUI 6.0 but it would surprise me if they did not. 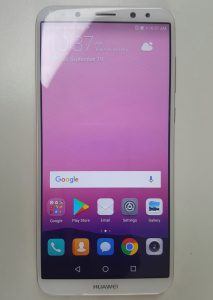 The Lite will be announced alongside the other two Mate 10 variants in Munich on October 16. It will arrive in blue, black and gold/white colours with it costing €379 ($523AU). We are yet to hear any rumours or any details at all whether this will launch in Australia but with Huawei apparently already bringing the Mate 10 and Mate 10 Pro here it would not surprise us to see them bring this variant as well to cover another price range. In the end it builds the Huawei and Mate brand name.

So many Huawei Mate 10 phones. Are you interested in any of these? Will this lower powered Huawei offering be something you consider for yourself or someone else?

lol.. true but for some people it sits at the price range they are looking- mid range. Although, do we now have extra ranges? Mid range used to finish at around $6-650…. but with flagships topping $1500, does that make the high end go from 700 to 1500?