Home News and Editorial The Mate 10 Plus, the fourth Mate 10 variant, shows off its...

First there was one, then two. Eventually a third showed it’s face, and now a fourth Mate 10 variant has surfaced, and it’s display is different yet again.

In the past few days we have seen front displays of the Mate 10 and Mate 10 Pro leak as well as a full render of the Mate 10 Lite. Those three variants account for the “Marcel” (Mate 10), the “Blanc” (Pro), and the “Rhone” (Lite) but there was still nothing of the “Alps” as detailed by Evan Blass on VentureBeat. 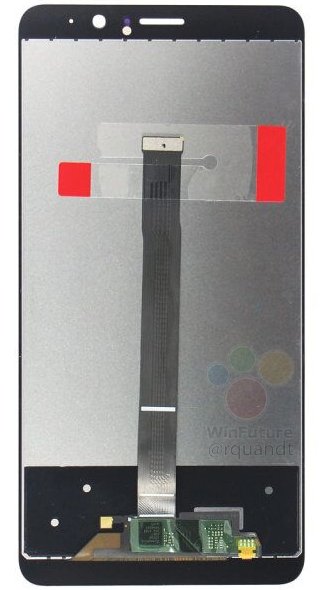 Now it seems the Alps has finally made an appearance with its display assembly being leaked by Twitter leaker Roland Quandt. The display assembly shows what seems to be a 16:9 display aspect ratio WITHOUT a fingerprint sensor on the bezel as per the Mate 10. This is likely to the the Huawei Mate 10 Plus variant that we have seen rumoured around the traps.

According to Evan Blass on VentureBeat the Alps (Mate 10 Plus) will arrive with a 2,560 x 1,440, 5.88 inch 16:9 display. It will come with the Kirin 970 just as the Mate 10 and Mate 10 Pro do and has the same battery and camera system as the Mate 10. There is only a 4GB RAM/64GB version and is slightly thicker. The thickness was thought to be due to a smaller display and thus a thicker battery but could also be because the fingerprint sensor is most likely on the back and not the front.

So that is four Mate 10 variants. It looks like Huawei are in fact very confident with the Mate lineup and are thus going all in on it. It is unclear which of these will make it to Australia but with so many variants they cover a large range of the smartphone market. If Huawei want more brand recognition not just for themselves but also for the Mate series; releasing four different Mate 10 phones may just help with that attention. They’ve got my attention, how about you?

I love this Huawei mobiles i have also it. Thanks for share topic

Through your pen I found the problem up interesting! I believe there are many other people who are interested in them just like me! How long does it take to complete this article? I hope you continue to have such quality articles to share with everyone! I believe a lot of people will be surprised to read this article! Thanks for your post!

Your article reflects the issue people are concerned about. The article provides timely information that reflects multi-dimensional views from multiple perspectives. I look forward to reading quality articles that contain timely information from you.

I’m inclined to buy the Mate 10 Pro, but only if there is a guarantee of at least two years of prompt OS and security upgrades. Otherwise, l think that I’ll buy the Pixel 2 XL

Thats the big thing. Huawei promise these updates but considering Australia is but a small fraction of a fraction of a percentage of their sales our phones are down the line when it comes to updates, especially when they are purchased through carriers. Phones not purchased through carriers, Huawei, LG ,etc are often running regional software and by regional I mean Asian software and thus the fraction of a percentage becomes much greater and thus moves up the line for those updates. That said, Huawei are getting much more serious about their high end phones (they have publicly said their… Read more »