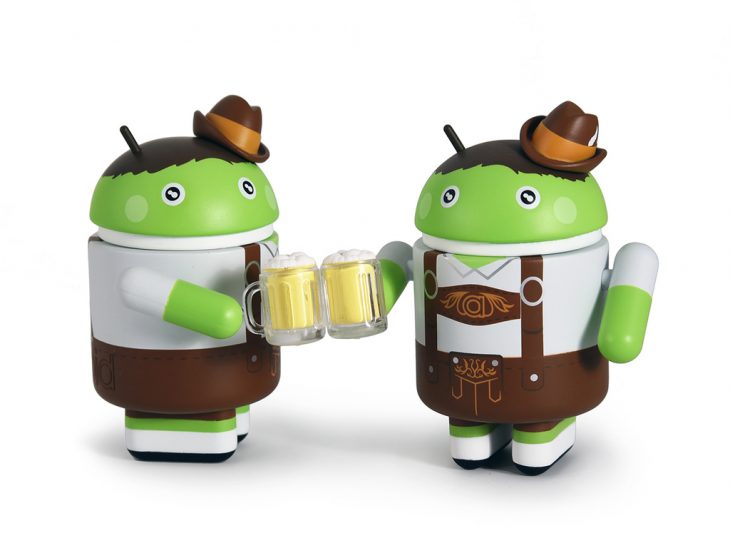 Everyone loves the Android figurines made by Dead Zebra and as we reported last week their new special Oktoberfest edition is on sale this week. Next week is now with the Oktoberfest Android Mini appearing on their website.

Also available is a beer stein with and Android Oktoberfest logo imprinted on it. It is a decent-sized 16oz glass mug with a handle, as all beer mugs should have. It sells for US$15 so if you are already getting an Android Mini, the beer stein may be a nice addition, saving on shipping.

Unfortunately after going on sale early today, both the Android Mini and the beer stein sold out in only a couple of hours but both can be pre-ordered and shipped in only a few weeks. If you are interested head on over to the Dead Zebra website and check them out.