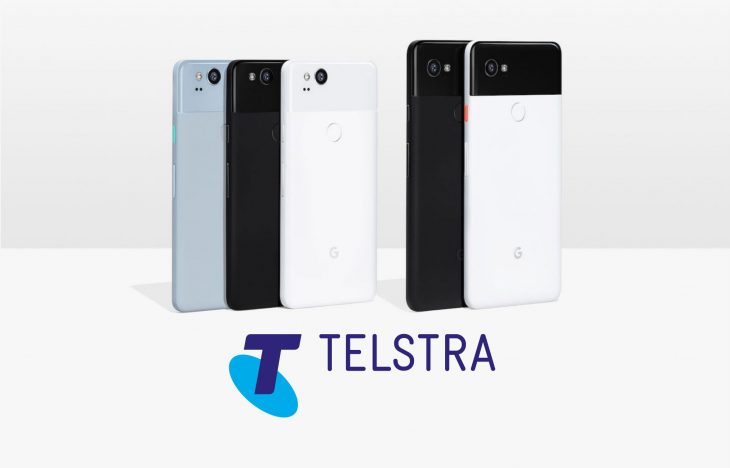 Telstra has this morning announced that they will again be the exclusive Australian launch partner for the Google Pixel 2 and Pixel 2 XL, with pre-orders for the handsets opening on October 20th.

The two handsets will be available in an exclusive telco partnership which will see the Pixel 2 and Pixel 2 XL support Telstra’s 4G network as well as supporting Telstra’s Wi-Fi calling feature which allows you to receive voice call coverage through supported wi-fi networks.

The Pixel 2 and Pixel 2 XL will be available on a range of Telstra Go Mobile and Go Mobile Plus Plans with Telstra and Google offering a free Google Home Mini just like outright purchases for people signing up on $99 and above contracts before December 25th. The plans will include ‘generous’ data inclusions says Telstra, as well as the option to nab up to 3, 12-month Foxtel Now starter packs when you sign on.

Telstra is excited to be launching the Pixel 2 and Pixel 2 XL as Google’s exclusive telco partner in Australia. Following the success and popularity of last year’s Pixel smartphones, we think customers are going to love the superior camera, fast charging and long-lasting battery, water-resistant design (up to 1m for 30 mins) and all-round personalised smartphone experience on Australia’s best mobile network

As well as the Foxtel Now packages, Telstra customers will also get access to the 20 million Telstra Air Wi-Fi hotspots available in Australia and around the world.

We’ll have more details on Telstra plans when they’re available.

Fken bullshit! not changing carriers. Was really hopping it was gonna be available on Vodafone this year. Looks like i might have to go with the note 8…. Im not really a big fan of Samsung phones too..

So we need to wait 2 weeks until we can even pre-order, with no actual sell/ship date?

wish they originals with headphone jack intact had great battery life.. would like to see them use an SD660 or similar in the smaller model for exactly that purpose.

Do you know if there will be a “US” and a “Global’ version again? and does it make a difference to someone on Telstra?

Damn it. I was hoping to get one on contract to replace my aging Nexus but once again Google has done an exclusive deal. Can someone please inform Google that Telstra overcharge for everything and some of us would love to get their phones on more reasonably priced carriers.

I can say that it’s only an exclusive because the other carriers did not want it.

Bull shit, telstra put in a better bid i would has at a guess

FFS… Looks like I’m buying one outright after all