Home News and Editorial Google explains why we’re saying goodbye to the 3.5mm audio jack on... 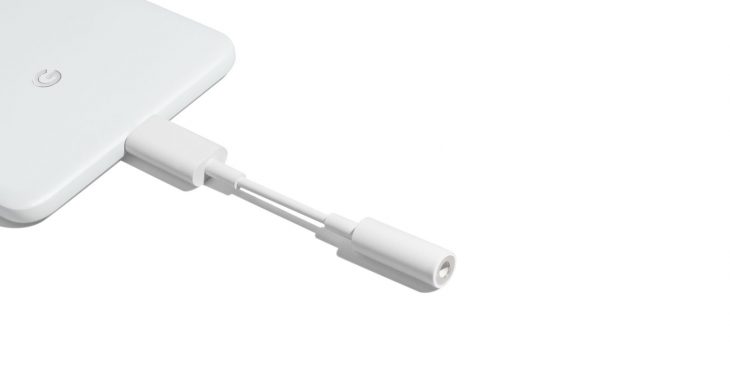 Readers and industry commentators alike are miffed about the absence of the 3.5mm headphone jack on Google’s new Pixel 2 phones. Hearing the complaints loud and clear, Google has taken to its product support page to explain the removal.

To say “headphone jacks are on the way out” is incorrect, according to Google. The company took a playful stab at Apple’s removal of the 3.5mm jack on the iPhone 7 in their marketing campaigns for the original Pixel last year, so it’s going to take a bit of manoeuvring to get out of this one.

“The Pixel 2 still has a headphone jack“, is their first retort, just that instead of a 3.5mm headphone jack, it’s a USB-C port. We’ve thought about this statement since it was made after the October 4 event. It’s a bit cheeky, and its technically correct – the best (and worst) type of correct.

Google is correct to say that this standard is becoming commonplace in the best phones and laptops of today, but it’s becoming – it hasn’t become. It’s a stretch. USB C audio output is present in some phones of today, notably the HTC U11 and Motorola Moto Z. HTC’s USB C earphones in particular are notorious for refusing to work on other devices, but it’s not been clear whether it’s HTC’s – or everyone else’s – fault. It’s a quagmire.

Even so, that’s a bit outward-looking. The reasons for switching to a USB-C audio port should have nothing to do with what others are doing. Instead, it should be focused on what audio over USB C brings over a standard 3.5mm jack. Google’s explanation is that USB-C audio provides “a better audio and digital experience”.

They do go a little further, explaining that as phone bezels get thinner and thinner, and phones themselves become narrower, there’s less space inside the phone for a 3.5mm audio jack. This is a refrain we’ve seen before – Oppo introduced the R5 a few years ago without a 3.5mm audio jack based on the device’s thin profile, but the port returned on subsequent R-series phones.

Google might also do well to note that other slim phones on the market like Samsung’s Galaxy S8, Galaxy Note 8 and LG’s G6 and V30 (which even shares a lot of DNA with the Pixel 2) all feature 3.5mm audio jacks. It’s also worth noting that the Pixel 2 is shipping with some of the biggest bezels of 2017.

It does appear that the lack of 3.5mm audio jack on the Pixel 2 is actually more about trying to ensure parity in features and specs between the new Pixel phones, so they both share the same basic technical specs and the only choice facing a user is screen size (and shape). They do both feature stereo front-facing speakers, a feature most the other phones do not have.

The Pixel 2 comes with a USB-C to 3.5mm adapter in the box. If you want to charge your phone at the same time as listening to audio though, you’ll need an adapter. Google says “other USB-C to 3.5mm adapters/splitters should work” as long as they are compatible with the digital audio standards.

Google’s new Made For Google accessory certification program should drive creation of a number of new headphones supporting the standard, and accessories to support users’ habits. We’ve seen an adapter from Moshi that has an extra USB C port and a 3.5mm adapter included, so you can charge and listen at the same time. Adapter life, it seems, has come to Android.

What do you think? Are we moving in the right direction?

Weak excuses, I’d love getting the latest android quickly but the LG V30 is just a better device.

The fact that they don’t come with a headphones is what pissed me off. Went and got myself a Note 8. Loving it.

I don’t get the hate. In my naivety I would assume a digital connection is better then an analogue one. Like HDMI vs the RGB cables.
If the above is true, then you move forward with it. Adoption will come.

A problem I can see with USB-C audio is that the music industry can push for the standard to include support for DRM in the audio path (much like how HDMI requires the support of HDCP in the video path).

Hey Google. Your excuses are bad and you should feel bad.

This is so lame. And their excuses are weak.

Poor excuses are still poor excuses – no matter how many times you repeat them. Demand for these limited phones may well be so low that even google can fill orders.

Google needs to sack some people, quite a lot of people, and get back to listening – hard.

The rumours that the Pixel 2 wouldn’t have a 3.5 port were a big reason that I ordered the Oneplus 5 the day the soft launch started. If the Google devices just keep losing features that other phones offer then there’s little reason to get them.

I’m very interested in the OP5 but I’m concerned the camera is not as good as the flagships. What’s your experience?

Coming from a nexus 6p, the camera on the op5 has rather “average” picture quality and low light performance. The image has a strange processing quality where by the camera software trys to cover over camera shake with a weird painterly effect which is noticeable when cropping or enlarging the images. If you’re okay with an “okay, good enough” camera and care more about performance, battery life and headphone audio volume and quality, get the op5. If you do value a good camera in a phone look elsewhere. Probably a galaxy 8 plus, although TouchWiz is much improved, it won’t… Read more »

Maybe it’s the way forward but clearly having a loosely hanging dongle is the worst way to do it. Can someone make a mod which has both the connectors but attaches to the bottom without dangling ?

Presumably you can leave the dongle/adapter attached to your headphones, as you would with a 1/4″ adapter plug.