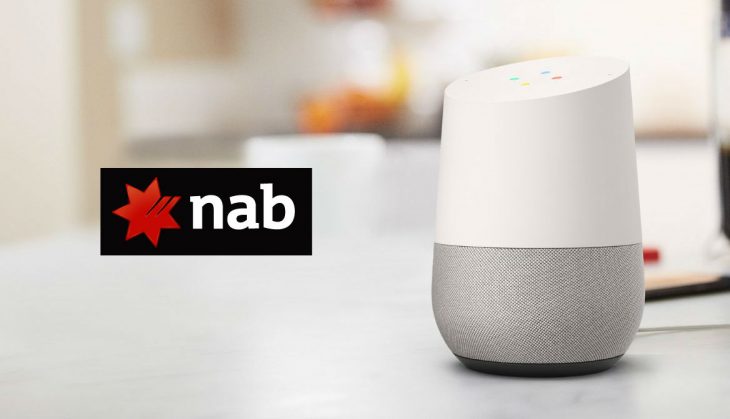 There’s a number of commands you can try out with the NAB Google Asssistant app starting with the ‘Talk to NAB’ command to activate it. Once activated, the NAB app can respond to a number of queries including:

You can also try out ‘Help’ to get some direction in what the NAB Google Assistant can do for you as well. Once you’re done, just say Exit or Bye to NAB – or just tap the x at the top of the Assistant window and you’ll be back to Assistant.

There’s no sign of Google Assistant apps from any of the other ‘big 4’ Australian banks – Westpac, ANZ or Commbank – on Google Assistant as yet, but the utility looks good for the NAB app, so perhaps they won’t be far behind.

You can check it out more on the https://www.nab.com.au/personal/banking/google-assistantNAB website devoted to the new Google Assistant app.

Have you found a neat Australian Google Assistant app, let us know.

Ask NAB when are you introducing Android Pay

Not as far as I can tell. It seems to be functionally the same across Assistant on Home, phone, watch etc.