Home News and Editorial My Talking Pet and Guns’n’Glory WW2 Premium now just 20c each on...

It’s been a couple of weeks off, but back to it and this week we have My Talking Pet and Guns’n’Glory WW2 Premium reduced to just 20c each on Google Play.

My Talking Pet
Can’t say I’ve ever wanted to, but now you can give your kitty, puppy or other pets a voice with My Talking Pet.

It’s simple. You can either use an existing photo of Fluffy, Rover or whomever and then speak into the mic and have your pet say that. There’s options for different voices and you can then share the video of your pet speaking on social media or wherever you want.

Seems ridiculously simple, and easy to achieve the effect. If this sounds like what you’ve been after then check it out on Google Play this week for just 20c. 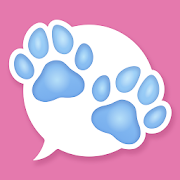 It’s been around for a while this game, though it’s still getting updates although it’s been nearly a year since its last lick of paint. Still, if you like throwing around virtual grenades or firing off bazookas then this game could be for you.

If you’re a fan of the series (Yep, there’s more of these), then you can grab this one for just 20c for the next week while the sale is on. Did you ever play with a Magic 8-ball as a child? Well, Ball Of Questions Pro Wear is the electronic version.

It’s pretty simple, ask a question, shake your phone (or your wrist – there’s Android Wear integration as well) and you’ll get your answer. Normally $1.09, the app is now free for a limited time, so if you want to check it out you can and for free.