Home Mobiles Huawei announce the Nova 2i, coming to Australia on October 25 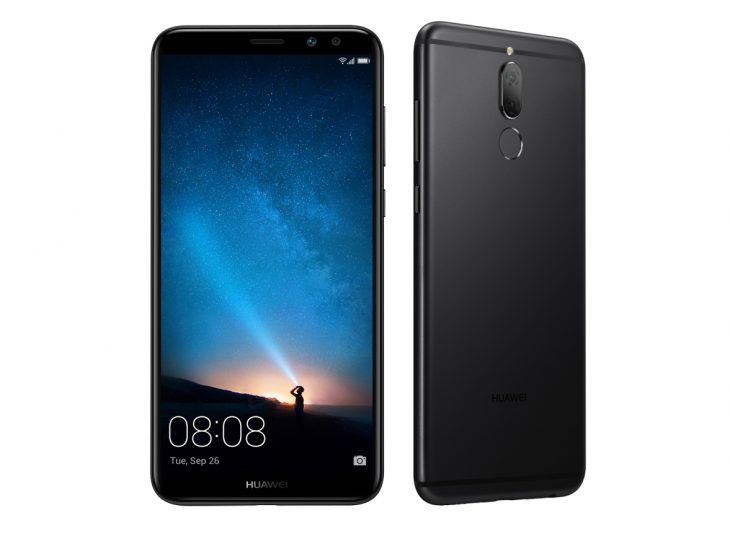 Huawei have done a great job of building up the hype for their next set of devices, expecting to be announced next week in Berlin. Jumping the gun early, for the lower end of them all, Huawei Australia have today announced the sleek looking Huawei Nova 2i will be arriving Downunder in late October.

The Nova 2i has not only a rear dual lens camera but also a front dual camera. The front facing combination is 13MP/2MP with a new “Selfie Toning Flash” and the rear a 16MP/2MP camera. Both camera systems can achieve the much-loved bokeh effect through hardware rather than software.

As expected, the Nova 2i comes with an octa-core Kirin 659 CPU, 4GB of RAM and 64GB of internal storage. The battery inside is a decent 3340mAh and utilises machine learning built into the Android 7.0-based EMUI software to be long lasting. The machine learning is also applied to the rear-located fingerprint sensor where it learns to become more accurate and secure with each use.

The Nova 2i will come in a dual SIM version that will be available from JB Hi-Fi and Harvey Norman from October 25 for $499 and a single SIM version from Vodafone in November.

With a FullView 18:9, decent amounts of RAM and onboard storage as well as a decent processor this phone could well be a very successful mid-ranger. With it releasing in just a couple of weeks why not check it out at your local store.

The OS will never get an update… That’s why it’s cheap.

I’m not buying another phone until Project Treble becomes mainstream.

the phone and spec’s seem pretty decent for the $$.

it looks to be a good looking phone too. Good to see more devices getting the 18:9 treatment.
I’m sure we will get a review unit in hands in the near future to give our 2 cents worth as well.