Home Mobiles An Alexa powered speaker and a portable printer are the next Moto...

Motorolas Moto Mods are exciting in their ability to expand the functions of the Moto Z line of phones, we’ve seen batteries, speakers, projectors and even game controllers added to the phone, but a printer and an Amazon Alexa powered speaker could be next.

Shared by Evan Blass, the photo of the upcoming Moto Mods show the Polaroid branded instant printer and what he says is an Alexa powered speaker.
https://twitter.com/evleaks/status/918597375052144641

The Polaroid printer mod, which will likely use the Zero Ink (ZINK) technology of specialised ink imbued papers, has previously been shown off by Brazilian tech site Technoblog who threw this photo into the mix last month: 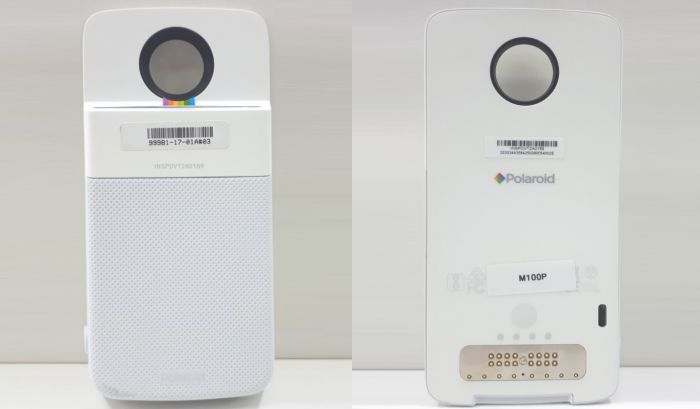 Both the Polaroid and Alexa speaker mods were actually alluded to by Motorola back at Mobile World Congress in February but like a lot of their mods has been kept under wraps. The launch of the mods could be coming soon though with Android Central advising they’ve been told to expect them ‘in the coming weeks’.

We’ll be sure to keep an eye out for when Motorola announce these and any other mods for Australia.

The printer could be an interesting mod but would depend on how expensive it is and the prints as to if it would be worth bothering with.

Yes please for the printer!!!