Home News and Editorial Huawei announce their EnVizion 360 Camera and it is coming to Australia...

Huawei were so focussed on their Mate 10 phones tonight that you could be excused for missing them mentioning their all new 360 degree camera, the EnVizion 360.

Wrapped up between the pricing and the new SuperFast charging 10,000mAh power bank (want one) was a brief mention of a new 360 degree camera. The camera attaches into the USB-C port of your phone and cannot function without being attached to the phone. It will work with any Android phone with a USB-C port and running Android 6.0 and above. 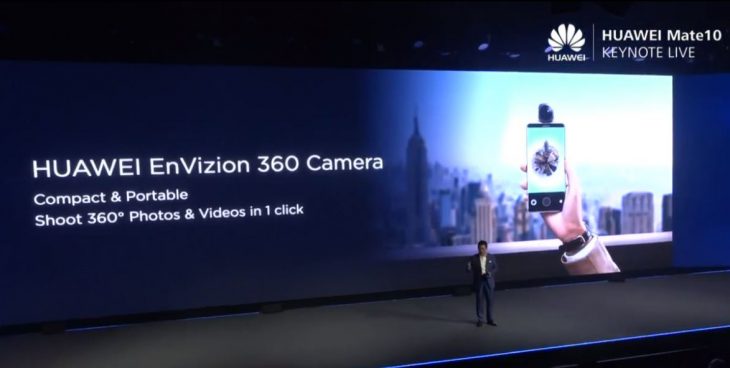 We reported on a possibility of this arriving a few weeks back when a patent was noticed by Phandroid and today they snuck it out there. The camera has two 13MP sensors that gives a 360 degree viewing angle and can take pictures with a 5326 x 2688 resolution and video recorded at 1920 x 960 pixels at 30 frames per second. We do know that it is coming to Australia in the last quarter of this year for around $179 and we will keep you updated with any details we receive on availability.