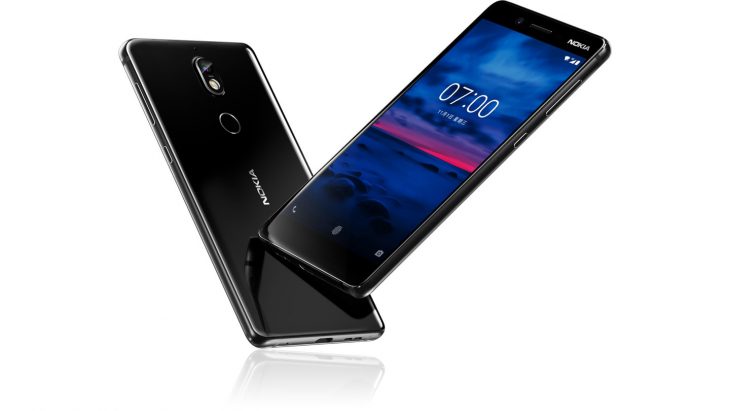 There’s been a few Nokia phones announced this year, but what’s one more? This time it’s the Nokia 7 which has been unveiled in China where the phone is going on-sale from the 24th of October.

The phone has a decent spec, and a decent price as well with a 4GB model priced at ¥2,499 (around $480AUD) or a 6GB model selling for ¥2,699 (about $520AUD). The phone is made from premium materials too, justifying that higher than mid-range price with the chassis made from 7000 series aluminium which has diamond cut bevelled edges. The phone is completed with a sleek glass finish that has a 3D glass curvature back.

Internally a Qualcomm Snapdragon 630 is running the show, a pleasant step up from the Snapdragon 430 powering the Nokia 5 and 6, but it’s the ‘bothie’ camera feature, a feature which gives you a split-screen for telling two sides of a story on one screen which is the big talking point for Nokia.

Nokia launched the Bothie camera feature on the Nokia 8, a much higher priced handset so seeing it come down to the mid-range is a pleasant surprise. Nokia packs in a 16MP rear camera and 5MP front camera on the Nokia 7 to fully utilise the Bothie feature.

Also included in the Nokia 7:

Nokia as usual will be delivering the Nokia 7 running stock Android, though it’s running Nougat, not Oreo but an update is definitely in the works and will be coming ASAP. Monthly security updates will be delivered in the interim with Nokia impressing us with the speed of security update delivery on their Nokia 3, 5 and 6 handsets.

Juho Sarvikas, Chief Product Officer, HMD Global said of the Nokia 7
To some people, a smartphone is purely functional, to others it’s a vital luxury accessory, a cannot-live-without partner that reflects so much of their personal style and lifestyle. Nokia 7 is a design-led style-icon that doesn’t compromise on functionality. We’ve packed in our latest innovations, like Dual-Sight, which gave rise to the Bothie phenomenon – a culturally relevant feature that has captured the imaginations of content creators around the world. Unique capabilities and iconic style encapsulate Nokia 7.

At this stage Nokia, or HMD Global, the company who make the Nokia phones these days, has only announced the phone in the Chinese market. We’ve not yet heard of any plans to bring it to Australia but we’ll be keeping an ear out.

I can’t help but feel the Nokia 7 or 8 is the true successor to the Nexus range with good specs, reasonable prices, camera not quite there, frequent software and OS updates.

Thanks to Ausdroid for breaking information on Nokia 7 android phone.