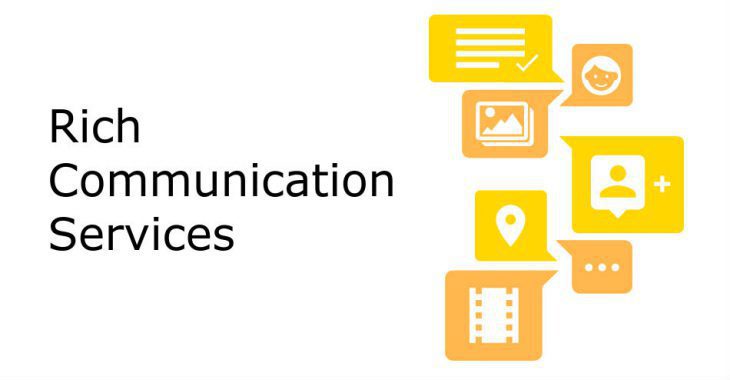 Telstra has announced that they have flicked the switch on their support for Rich Communication Services (RCS), the new generation of messaging that combines TXT and MMS messaging with other multimedia support.

While Telstra is the only Australian carrier supporting RCS so far, Telstra forsees a future where RCS is interoperable between other Australian networks as they bring their support for RCS online. For now, Telstra says that any messages will be sent to non-Telstra Messaging contacts on any network will be sent as standard SMS/MMS.

For now, Telstra is only advising support for RCS on Samsung phones with sent messages colour-coded so you can tell what’s happening, you’ll see green for Chat and yellow for SMS. Google’s Messages app supports RCS, but we’ll need to do some testing on this one.

So, what can RCS support? Telstra lists:

RCS uses data rather than TXT messages, with 3-5 lines weighing in at approximately 2 kB in size. Telstra also advises that there is a maximum file size of 19MB supported as part of a file transfer.

If you’re a Telstra customer with a compatible Samsung phone it’s time to try it out and see what it’s like.

Hey Daniel, did you guys end up testing if this works with Google Messenger on Samsung devices?

Could you reach out to Google and Telstra to see when we are likely to see this on Pixel’s??

Asked Google – no answer which is not unexpected. I don’t have Telstra so can’t test it unfortunately.

They turned it on last week. My Pixel 2 now gets VM via audio.

Telstra finally supports RCS. Hopefully Telstra improves it and supports more devices (like the Pixel). I also hope other carriers follow. I wish Telstra would support RCS for Android Messages because they have the Pixel and Pixel 2 exclusively.

side note: yay. it’s a yes for the postal survey! 😀

I wonder if Boost gets this too?

Isn’t this the same As “Enhanced Messaging” on the Samsung S7 etc?
The messages are green (with read notifications) for enhanced messages and yellow for SMS/MMS? I’ve been using this Enhanced Messaging for well over a year so am a little confused with this being a Telstra first.

But RCS has much more capability than just what Enhanced Messaging has.

To expand on this think of Samsung’s Enhanced Messaging as something like iMessage and RCS as a standard version that carriers implement.

Vodafone, get on board quickly please. Thanks.

Shouldn’t Telstra be supporting all RCS enabled android phones and those using android messenger? Have they added some Telstra BS to the mix to prevent this? Doesn’t make the standard universal if they pick and choose what devices they want to include.

RCS confuses me. Do I need to switch apps for this? Currently using Textra, but will I need to be using Android Messages instead?

Google needs to release the APIs for Textra to use. Textra is waiting on them. You do need to switch messaging apps for RCS for now. Once the APIs are out Textra will add them pretty quickly. Take a look at Textra’s twitter.

Stuff like this is what bugs me about Telstra getting exclusivity on the Pixels. There’s no unmetered streaming of Google Play Music (you get Apple Music…) and now they release support for the one thing that is meant to be the saviour of Google’s mess of messaging apps, only not on Google’s phones. ?

Why are only certain phones compatible? Shouldn’t this just be having a compatible app or a software update at most? Or is this a telstra lockdown that they’re only allowing it for devices they have verified.

Nah. Doesn’t work like that. Telstra has to work with Samsung and Google. I think Telstra is using Samsung’s infrastructure for RCS. It’s complicated. You can read the RCS 2.0 standard: https://www.gsma.com/futurenetworks/wp-content/uploads/2017/07/RCC.71_v2.0.pdf

I have a Samsung Galaxy 7. The service started to work but now doesnt work. I am told it wont work on the 7 but this article claims it should. Any ideas?

This is why i’m with Telstra, I would have thought the Pixel’s would have been included. Hopefully they come soon.