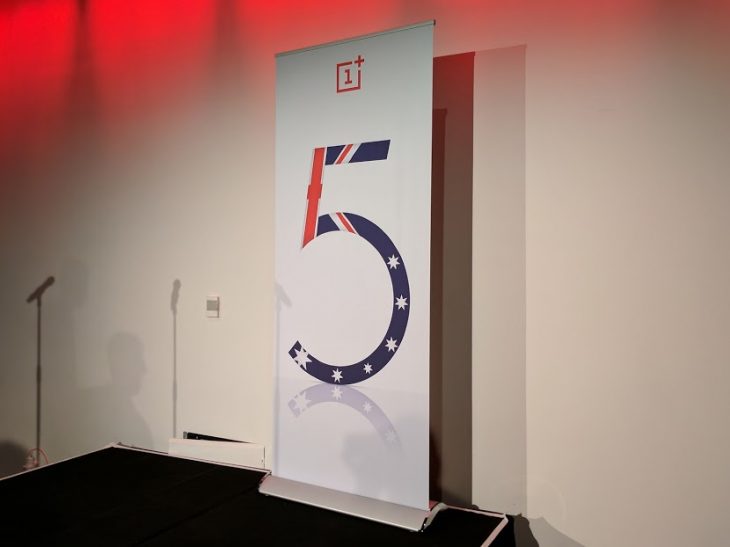 It takes a lot for me to get excited about a new phone. Far more than just leaks, rumours and innuendo to get my Android juices flowing. Who am I kidding? I am up there with the worst/best of us. This week the OnePlus 5T is the phone making appearances that has my motor running. Today it has posed for the camera and looks just as expected.

The rumours circulating the OnePlus 5T have it being an incremental upgrade from the OnePlus 5 but with a 18:9 aspect ratio display. We have seen a few leaked photos recently that have shown renders of the phone but these can be doctored. Today, via Chinese social media website Weibo, a photo of someone holding a OnePlus 5T has surfaced.

The picture shows the phone with an 18:9 aspect ratio display, smaller bezels than previously at the top and bottom. The think missing is the volume slider at the top left of the phone. We have seen it present on some renders recently but it doesn’t mean this new image is not legit, but one of them obviously isn’t. Both might be OnePlus 5T but one a difference hardware iteration.

One thing is for sure, a OnePlus 5T is on the way. Carl Pei hinted at this today in a picture he tweeted:

Cool photo, must have come from a great camera 😉 pic.twitter.com/DyiULnyTYN

Evan Blass has said via Twitter that the OnePlus 5T will be arriving after 20th of November. The above tweet suggests that the camera is upgraded from the OnePlus 5T — most likely the dual 20MP rear cameras we saw on Antutu yesterday.

This would be a great way for OnePlus to begin selling permanently into Australia — a new high end phone with specs that match and best many premium phones on the market. Anyone here interested in picking up a OnePlus 5T at a price unmatched by any other premium phone on the market?

I think that photo has been busted on slashleaks as being a Vivo X20:

That photo is from an italian YouTube video, and that phone isn’t a OnePlus 5t. It’s just an Vivo device with a OnePlus screenshot, just to have an idea of how it looks. It’s crazy that it went spreaded on every website like a op5t photo lol

I’m happy with my OnePlus 5. But what I’d really like is a power block designed for Aussie plug sockets.

These guys need to put some effort into styling because most of these 18:9 phones look identical (even worse than 16:9 phones).

Yep, its right at the top of my list

Or an essential phone, which runs pure android and should get regular updates for 499US – latest reviews say camera is massively improved as well