Home News and Editorial Razer has announced their new phone and it’s packed with all the... 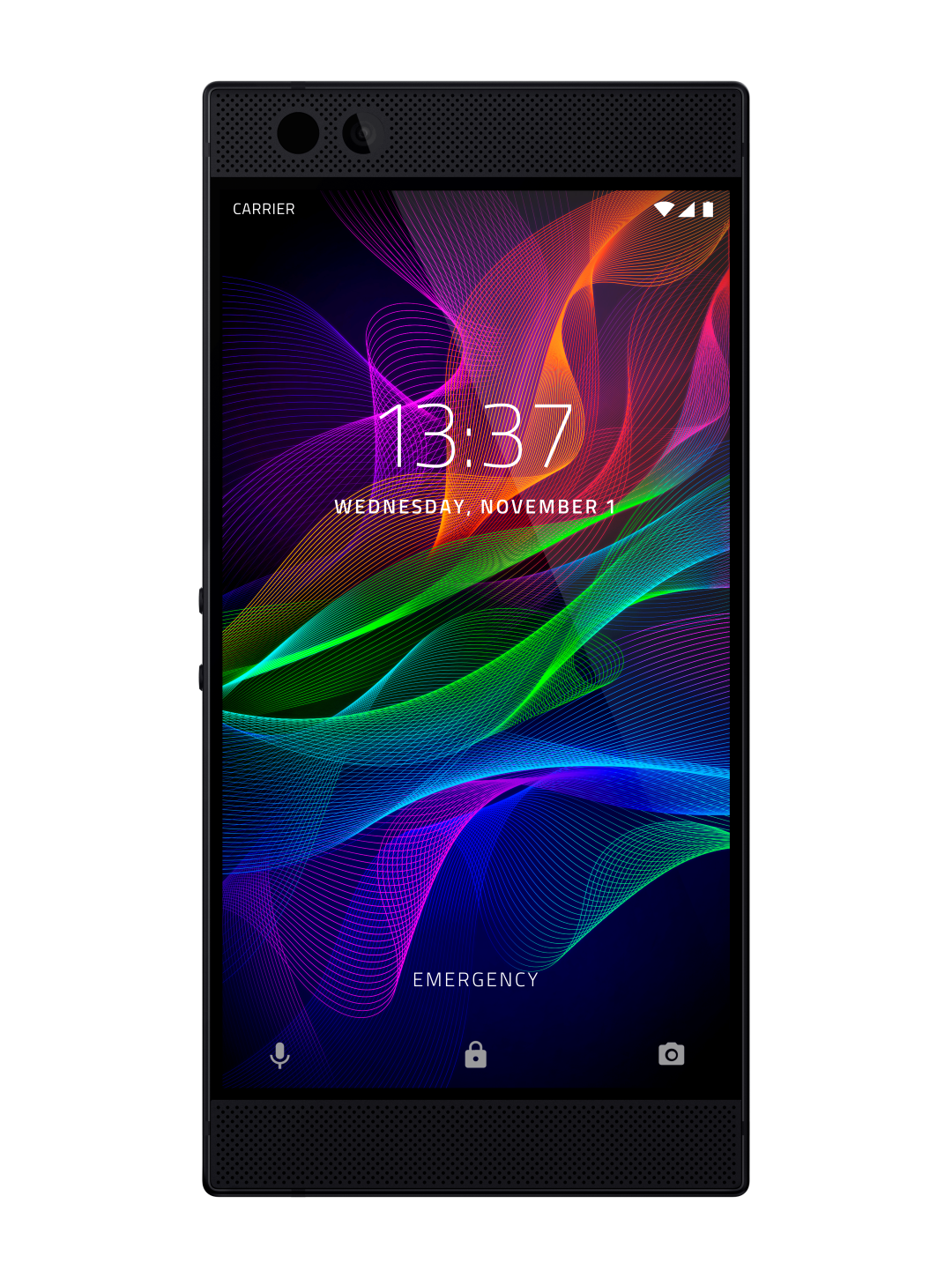 As expected, Razer has today announced their new phone, simply named the Razer Phone and it’s off to a good start packing in a bunch of top line specs including the worlds first 120Hz ‘Ultramotion’ display.

The phone is visually reminiscent of the Nextbit Robin, which given Razer purchased the company earlier this year isn’t a surprise. The familiar design – which again has the fingerpring scanner built-in to the side – is packed to the gills with all the hardware you could want including a Snapdragon 835 SoC, 8GB of RAM and 64GB of storage (yes, there’s a microSD card slot too). A 4,000mAh battery with support for Quick Charge 4.0 is powering the phone which should last you quite a while.

The big talk is about the Sharp produced 120Hz IGZO LCD panel though, which utilises Qualcomm’s QSync technology. Higher refresh rates are generally associated with gaming and with the heritage of Razer firmly in this category it’s unsurprising that Razer has gone after this market. The higher refresh rate should have some advantages in VR and gaming on Android, though it will likely require developer support in gaming.

The phone comes with dual 12MP camera sensors – 1x wide angle with an f/1.75 aperture and the other a 2x zoom telephoto lens with an f/2.6 aperture.

Dual front-facing speakers which are Dolby ATMOS certified should bring joy to most audiophiles faces. The THX-certified USB-C audio adapter which includes a 24-bit digital audio convertor (DAC) will guarantee quality sound with your favourite headphones. But, for those same audiophiles there’s no 3.5mm headphone jack either.

Razer has announced the phone will launch with Android 7.1.1, but has promised an update to Android Oreo is in the works and will be out soon. The Android version is enhanced by Nova Launcher on the phone, making for a very Android-fan friendly interface that we all should enjoy.

The phone will be available in two models – a standard and special edition, with the standard coming with a black logo, while the special edition will have a green logo. The standar edition seems to be priced at $699USD and no price has been announced for the special edition. Availability is limited though with the phone only going on-sale in Europe and in North America on November 17th.

That does seem nice aside from the old OS. Curious to see how the camera performs.

Damn, that’s a tasty device! And launching with Nova already installed is awesome.

Given that Razer sell a bunch of headsets using the 3.5mm jack, it makes no sense for Razer to not include it in its phone. Instant blacklist.

Would buy this in a heartbeat but without knowing band support, I’ll reserve my excitement.