Home Mobiles OnePlus 5T to be announced in New York City, though it’s not... 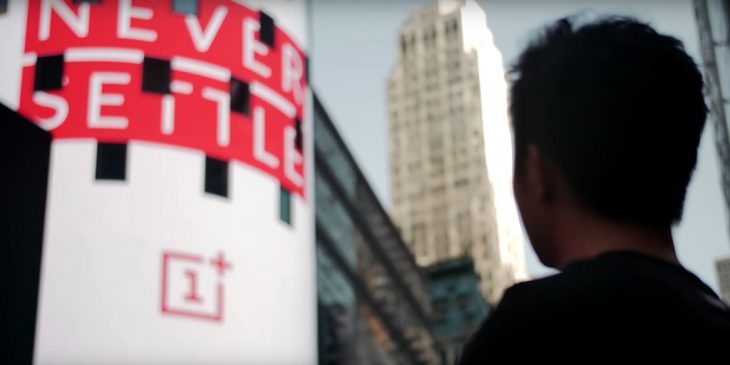 OnePlus is great at creating hype for their devices without spending too much money on advertising. They (and some leakers) have been building viral hype for the upgrade bump from the OnePlus 5. They even denied it existed for a while there, but now the new phone’s existence has been acknowledged, the company is focusing on hyping the phone which will be known as the OnePlus 5T.

Today, OnePlus has tweeted out a picture of where they will be launching the new phone asking followers to guess where it is. The enterprising folks over at Phone Arena after some super sleuthing have deduced that the location where the photo is taken is in Manhattan, New York City: the intersection of West 34th Street and Broadway to be precise. OnePlus have come a long way if they will be announcing the 5T in New York City.

At this stage, there is very little else known about the launch but as is OnePlus’ way I am sure we will know it soon in a not-so-subtle way. What we do know about is the phone itself? The OnePlus 5T will arrive with an 18:9 aspect ratio Samsung-made OLED display along with a headphone jack and all the usual specs from the OnePlus 5. The camera will get a bump in specs as we have seen Carl Pei socialising some pictures from it, bragging about a new camera.

The phone is expected to be announced towards the end of November, after the 20th and to go on sale not long after. The OnePlus 5 has been out of stock for quite a while and it would definitely be a mistake for OnePlus not to have something available for purchasing for so long, especially coming up to Christmas.

After what was apparently a successful soft sale into Australia, we expect OnePlus to sell the new phone directly into Australia but stay tuned to Ausdroid and we will update you on all the details as soon as we can.