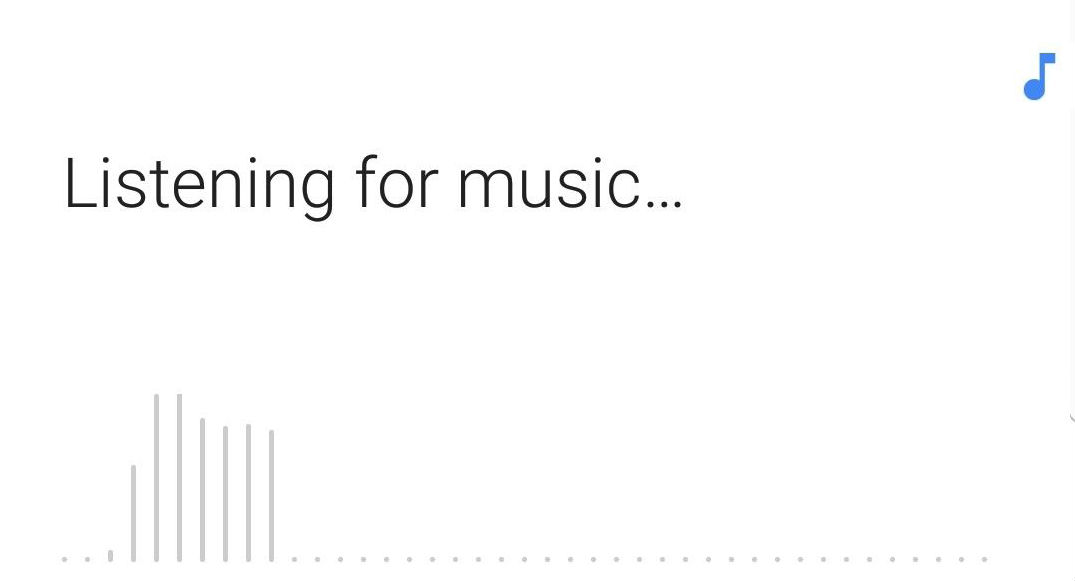 A month after the feature was teased on devices at the Made by Google event, song identification is rolling out in the Google Assistant.

The ability to identify songs in Google Assistant was showing as a Pixel 2 phone exclusive feature but it’s now begun rolling out to other devices with users on reddit showing they’ve been able to identify songs on a plethora of devices. Hear in Australia it appears that the feature is also working, though not as well as in some other locations. I’ve been able to confirm it’s working on both the original Pixel and the Nexus 6P.

There seems to be not much we can do with the Identify Song feature in Assistant – at least for me as you can see above. Over on reddit however it’s a completely different story with users getting a fairly full featured information card about the song which includes partial lyrics, as well as links to play the song on YouTube, buy it on Google Play or search for it. Some users are also able to see links to play the song on Spotify as well. 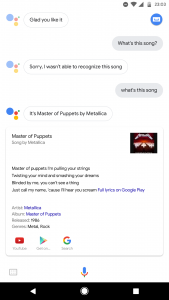 This is one of those ‘Finally’ moments for many users with the Google Assistant missing this function that’s been available in Google Search for years. It’s hear now, or at least if it’s not it should be soon for everyone in Google Assistant. Try it out and let us know if you’re seeing any links to services when you do.

Wasn’t working yesterday. but, it is today!!

I got the full info card when i used it last night… Dan, maybe Google doesn’t like your taste in music.
I was all set to have to ask what is this song… but the assistant had the words there waiting so i could action it with a tap. Bit like a new toy or sill that i wanted to show off.

So good to have this function back in a convenient spot, its nice not having to go through Google Play music to get this done… this used to be a lock screen item on my old G Nexus

I got the full shebang when I tried it this morning.