Home News and Editorial OnePlus 5T stays in the news with pricing leaks, a new look... 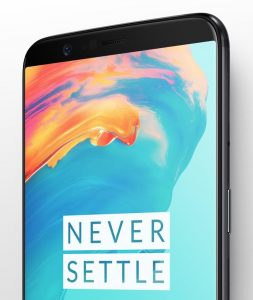 The impending launch of the OnePlus 5T on November 16 is ramping up to be one of our most anticipated, especially with the possibility it may be coming to Australia. The phone is keeping in the news, with more leaks both official and unofficial coming out overnight, so what’s new?

The big news is the official news, with OnePlus CEO Pete Lau again talking about the OnePlus 5T on the companies forum. The focus this time is the charging with Mr Lau advising why the phone won’t have wireless charging (TL;DR: Dash Charging is better). He gave two reasons:


Reason 1: Wired quick charging solutions like ours clearly outshine wireless on quantitative measures. Just plug your device in, and Dash Charge produces 20 watts of power, reliably giving a day’s power in half an hour.

Reason 2: Dash Charge gives you enough power for the day with just one charging session. All you need is the Dash Charge cable and adaptor to consistently power your device at superior rate. It doesn’t matter whether you’re gaming or streaming video. Dash Charge stays cool and power efficient.


Quite frankly, we here at Ausdroid agree with him, wireless charging has become somewhat niche, it does have less wear and tear on the ports than wired charging and is a little more convenient but wired charging is just so much quicker; and with most companies still not delivering larger batteries in favour of thinner devices, faster is better.

The pricing for the phone was leaked overnight by TechRadar who’ve been advised that the phone will again come in two variants: 64GB and 128GB with the 64GB model priced at $479USD (AU$599), while the 128GB model will be priced at $539USD (AU$699). The phone will go on-sale on November 21st in a number of markets, though OnePlus hasn’t made any mention of Australia at this stage.

Finally, we’ve had a new look at the phone, courtesy of Indian website 247techie.in has shown off a low-resolution image of the phone. The image shows pretty much what we’ve come to expect in terms of design with the full screen display we saw launched on the Oppo R11s recently. There’s a slight re-design on the rear mounted fingerprint sensor but beyond that it looks as we’d expect. 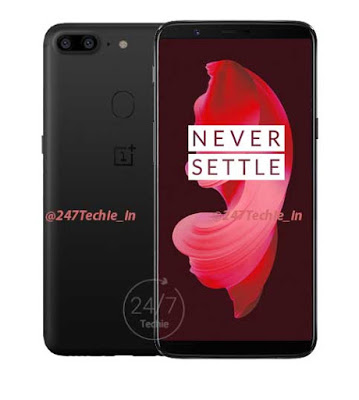 If you want to know more about the OnePlus 5T then there’s not long to wait, the company will unveil the device on November 16 in New York City and if you want to watch it’ll be live-streamed for everyone.

I did a bit of looking round, but haven’t found much on this:
Given OnePlus’s popularity, I assume OxygenOS must be better than ColorOS (Oppo)??

Oppo sells many more phones than 1+.

ColorOS is garbage, mimics iOS and removes all the cool android features.
Oxygen is close to stock android, much faster and runs like Android should.

thanks for simple summary. I have an Oppo and know how bad Color is !
The better OS makes OnePlus a much better option.

I understand the cost argument if you have to choose one but having both is better.

All the discussions on wireless charging seems to makes it sound like you can have only one. Why not have both? Dash charge if you want the quick top up, or wireless for general convenience? With an S8, and having both those options, I can use wireless charging on my bedside and my fast charging in my livingroom and work for the quick drink. I just dont understand why they need to be exclusive to each other.

On the OnePlus it’s relevant because of cost factors, they only include what they feel is going to be the best, cost effective solution and at this stage wireless charging is not that.

The Oppo R11s has the 660SoC. I’m hoping the 5T doesn’t have that, as it’s based loosely on R11s.
I also hope that the screen is AMOLED. – It might fix the ‘jelly’ effect while scrolling.

Edit: Do we know if the OnePlus phones have Double tap to wake and sleep?

The last one did not have DTTW. As far as we know, the OnePlus 5T is SD835

Thanks for the replies.
I’ve gotten used to DTTW & DTTS. I don’t know what i’d do without it…

…Probably use the power button…

The 5’s screen is AMOLED, the jelly effect is because it was mounted on the wrong way.