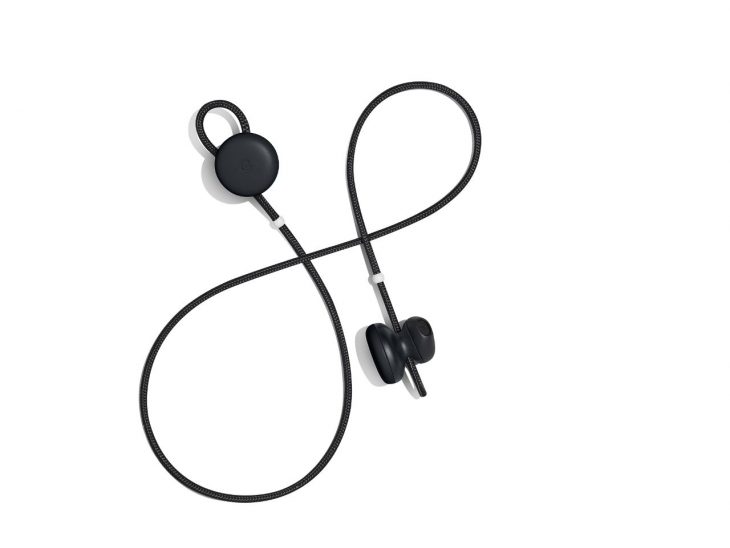 Seeing as how Pixel Buds are now shipping in the US, and reviewers now have their hands on them, I thought I’d take a look at what people are saying about Google’s quirkiest announcement from their Pixel 2 event last month.

Perhaps the biggest thing people are commenting on is the fact that they’re tethered together with a braided cord. Reviewers just can’t get their heads around them not being a completely wireless experience:

Another observation, which we kind of knew but perhaps didn’t know in as much detail, was that these are not earbuds, as such. They don’t go into your ear canal. They sit just near it. It’s kind of hard to explain, but this is the main problem I foresee: Pixel Buds have almost no sound isolation. Because there’s no rubber “tip” that goes into your ear to seal out the outside world, you still hear most everything around you.

From all reports, pairing is super easy, especially with the new Pixel 2 handsets:

Observations about interaction and the quality of the earphone based Assistant is something I can comment on — as the Bose QC35 IIs come with the same Assistant — and it seems the Pixel Buds aren’t immune from the same annoying ‘features’:

However, for what Assistant offers on the ears, it does well. Instead of waiting for you to finish talking, it gets to work as soon as you lift your finger off the pod. This makes it much faster. So much, so, that it almost feels like witchcraft.

The charging case continues the witchcraft, as it charges the Pixel Buds while it houses them. It’s not wireless – there’s tiny charging pins in the case and points on the buds themselves – but it seems to work rather well, though Android Central raise some concerns about the longevity, noting that the “only real structure to the case is around the bottom surrounding the battery (makes sense) but the lid is simply hinged fabric and rubber and the edges are very flexible. Normally I wouldn’t be super worried about these sorts of things, but the Pixel Buds charging case is designed to be with you all of the time — in your pocket, in your bag, on the table — and I’m not sure how it’ll handle that every day for months on end.”

If this isn’t enough to whet your appetite, Droid Life have put together a great unboxing video… though at 9 minutes long, you mightn’t want to watch all of it. Here it is for your viewing pleasure:

Before you ask, no, we don’t know when they’re coming to Australia, we only hope that they come soon. We do know that they are coming, as you can sign up for the waitlist today. We just don’t have a firm timeframe.

Google’s Pixel Buds will retail for $249 when they come to Australia later this year.

The only reason why i’d consider getting these is for when my Portuguese Aunty visits next so it can do live translation. That would be brilliant. But do I want to spend that much….

How do the sound though? That’s the question I keep asking!

I’m with you, Dan. I don’t need these, only want. But at that price, it’s not looking likely.

I could be convinced that you’re right 😉