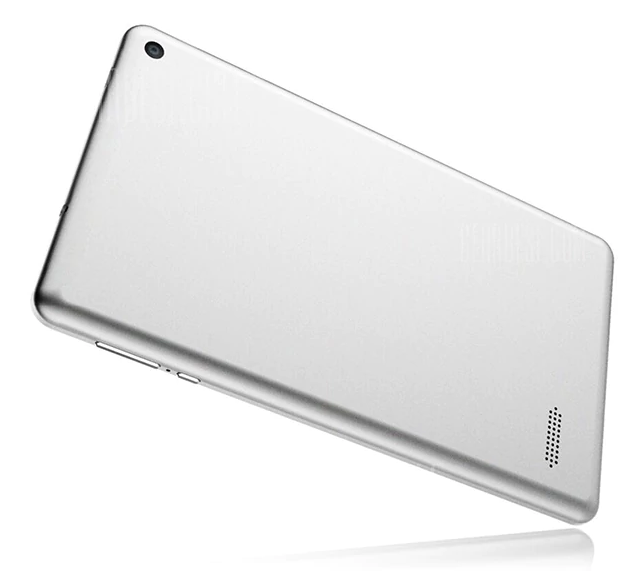 Let’s face it, the tablet market in Australia is terrible. If you’re after a fairly high-end tablet with decent specs then really your options are to buy a Samsung Tab S3 or A-series which are quite frankly over-priced or an iPad, and I’m not even going there.

Luckily, we as consumers don’t just have to look at what’s in our retail stores and the internet can deliver some good deals. There’s a number of good 11/11 deals going on over on the Chinese sites, so here’s some decently priced tablets to check out.

There’s a mix of different screen sizes so, in smallest to largest, here we go. The old Nexus 7 in the 7″ form factor was quite popular and if you’re looking for something in the same form factor this is a decent tablet.

Running Android 7.0 you’re not going to see much in the way of updates here, but it has the basic wireless connections to get you through.

If this sounds like a tablet for you, head over and grab one now. I’ve never even heard of this brand, but it has all the right specs. It’s a decent looking tablet, it’s got a ‘metallic feel’ and an 8.4″ 2560×1600 resolution display, so it’s going to look the business. Internally, it’s a Mediatek processor, 4GB RAM, 64GB storage and it has a microSD card slot (up to 256GB) so you can add more movies and even has a 5,400mAh battery.

The Teclast T8 has a fingerprint sensor, USB-C charging, Dual-band Wi-Fi and Bluetooth 4.0 and it even comes with Nougat installed but I wouldn’t expect any updates, still it’s not bad for what it is.

It’s pretty well priced at AU$229.76 and if it sounds good you can grab it from GearBest here. Lenovo Australia has advised they will not be bringing the 8″ Tab4 Plus to Australia, and there’s plenty of people out there who were disappointed in this decision. GearBest has it for import though, and for AU$326.14 it’s a decent deal.

With an 8″ 1920×1200 resolution display it’s going to be great for media viewing, and with a Qualcomm Snapdragon 625 processor, 4GB RAM and 64GB of on-board storage with a microSD card slot to boot. It has a large 4,850mAh battery, dual-band Wi-Fi, Bluetooth and if you must, 8MP rear facing and 5MP front-facing cameras.

It comes with Android 7.1, and of the tablets we’re looking at this is probably this one probably has the best shot of seeing an update to a new version of Android at some stage – but Lenovo doesn’t have the greatest name here, so there’s no guarantee.

At AU$326.14 you’re paying for the Lenovo name here, but it’s still a pretty great deal. You can get it from GearBest here. If you want to go large for your tablet, then maybe this one will tickle your fancy. The Voyo brand is again one I’m not familiar with but you can’t deny the specs.

The tablet has a 10″ 1920 x 1200 resolution display, it’s powered by an Octa-Core 1.3GHz MTK6753 Mediatek processor, and comes with 3GB of RAM and comes with 64GB of on-board storage with a microSD card slot – it’s only supporting cards up to 64GB but it’s still not bad.

The tablet comes with Wi-Fi, Bluetooth and surprisingly LTE though don’t expect 700MHz support, but it appears to have Band 3 (1800MHz) support which our three big carriers support.

A 6500mAh Li-ion is pretty decent, but there’s no fingerprint scanner which is a bit of a downer but hey, it comes with Android 7.0, though it seems to have a custom skin overlaid on that. You probably won’t ever see an update for this tablet but still, for the price it’s a bargain.

You can grab one of these for AU$195.68 so that’s decent, if it sounds good head over to Gearbest and grab one now.

Note, the links to tablets in this article are affiliate links which helps to support Ausdroid. You pay no extra, and Ausdroid gets a little something from the vendor to perhaps get us to an event in the future.

Would be good to know which of these are running OLED screens – I’m assuming none of them.

Handy to know, but I gave up and got a chromebook. Wanted a slightly bigger screen anyway, so happy enough

Did your Chromebook replace just the tablet or a laptop/desktop as well. I am looking to get one to replace all three (I don’t do gaming and 90% of my work is online). Which CB did you get?

Was intended only to replace the tablet, but I don’t use the desktop anywhere near as much. My laptop is an ancient thing that I put Linux on, sits where I watch the occasional DVD. So wasn’t really intended to replace that.
Samsung chromebook plus, amazon was about the only option at the time.

Is Gearbest reliable but to purchase from?

I’ve purchased heaps of stuff from these sites, GearBest, BangGood, DealExtreme etc. All reliable, just shipping (at least the free tier) is slow. Other than that it’s good.