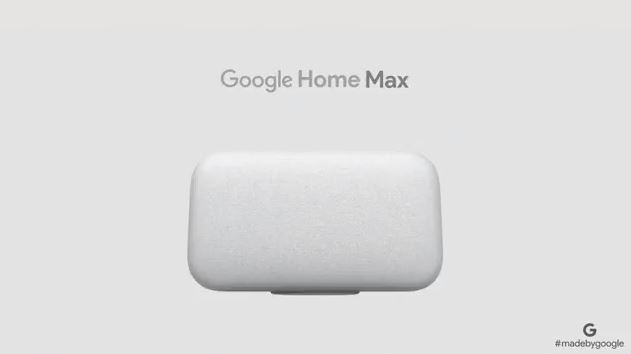 In recent days and weeks we have seen many ads and promotions for the Google Home and the Google Home Mini here in Australia but unfortunately there has been no word of the big daddy of them all, the Google Home Max. Today though has seen it surface on the FCC website with a few details surfacing.

The device supports MIMO with both 2.4 and 5.9GHz Wi-Fi bands which could be used to pair multiple devices, just as Google said would be possible.

The Google Home Max is a bigger, more powerful version of Home offering a Google Assistant powered smart speaker in a premium rectangular form factor that includes dual 4.5″ woofers to provide sound up to 20x louder than Google Home. Google Home Max will sit in either horizontal or vertical orientation, with a magnetic base that can help to align the device.

Google’s premiere smart speaker will be launching in the US in December with no announcement of an Australian release but an “intent to roll out availability to other countries soon after”. We expect this to arrive on our shores sometime in the new year and at a US launch price of US$399 it will not be a cheap speaker by the time it does land here.

Would you pay that much for the Google Home Max or would you opt for one of the established speaker brands’ digital assistant speakers?