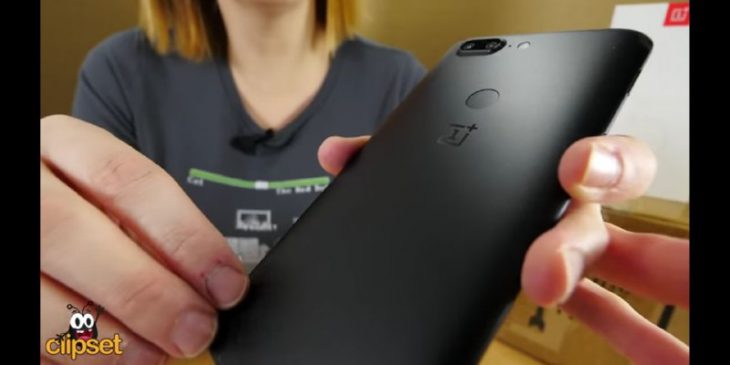 It is under two days before OnePlus take to the stage in Brooklyn, New York to officially unveil their new flagship, the OnePlus 5T. The leaks have been numerous and detailed such there is very little left to reveal.

Yesterday we saw yet another YouTuber accidentally publish a 5T unboxing and while it has since been pulled as we said the other day, the Internet never forgets. The video has now been pulled multiple times from YouTube and in true Internet fashion has been uploaded many more times than it has been pulled. Check it out below:

From the video the phone appears to be yet another well designed device produced by the team at OnePlus. It also promises to be a fast, responsive device with specs showing up on GFXBench and although the specs are not a surprise they emphasise how it is possible to build a device with high end specs while keeping the price at a reasonable level. The leak confirms it will be running Android 7.1.1 at launch but we expect that to be upgraded not long after with Oreo already in beta form for their 2016 flagship. That reasonable pricing looks set to be the same price as the OnePlus 5 with leaks revealing the 5T pricing in India matching the OnePlus 5 pricing. If this holds true and the device is sold directly into Australia by OnePlus the OnePlus 5T should be priced at $599AU for the 6GB/64GB version and $699AU for the 8GB/128GB version. 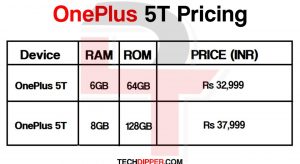 At these prices, with these specs and this design it seems like the OnePlus 5T will be a strong contender for overall device of the year honours here at Ausdroid. We are hoping to get hands on with one very soon but until then stay tuned for our coverage of the OnePlus 5T and it’s launch with an Australian slant. Hmmm… anyone after a OP5? If those are the correct prices then it’s the same as I paid during the soft launch.