Aldi has released its specials for next Wednesday, 22 November 2017, with the discount supermarket selling some discounted tech as part of its special buys.

The specials, which have gone live both on its websites and apps, include an Onix 10.1 Android tablet, Bluetooth headphones and speaker, a Windows Notebook and other various tech accessories. 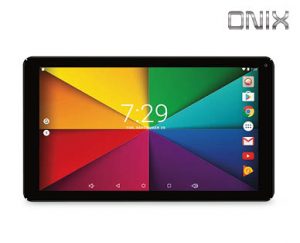 The Onix 10.1 inch Android tablet is a basic low-end tablet, but for $99 you get what you pay for. The 10.1 inch display has a resolution of just 1024 x 600 pixels and is powered by an A33 Quad Core processor with just 16GB of onboard storage and a paltry 1GB of RAM. There is a capacity to increase that storage with a microSD of up to 32GB in size. It runs Android 6.0 so don’t expect it to have any of the latest security updates.

For anything more than reading books and very basic web surfing this will most likely struggle but for simple use this may be a decent Christmas gift at under $100.

Keep in mind that Aldi tablets are notoriously average at best so if you need the tablet for anything more than the very basic functions check out our piece from the other day for decent cheap import tablets. 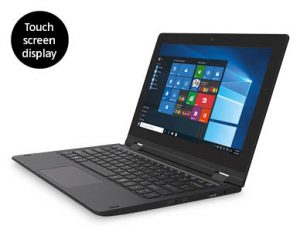 Normally we don’t report on Windows devices, but given this is part of the tech SpecialBuys from Aldi, we thought we might include it.

The Touch Notebook specs include:

Once again don’t expect high end performance with this device but for the most basic of functions it should be just fine. The Touch Notebook is available from next Wednesday 22 November 2017 from your local Aldi store for just $249.

Along with the Android tablet and the Windows touch display laptop, Aldi are also offering the following tech accessories as part of their surprise buys next Wednesday


These tech specials are available for sale from next Wednesday 22nd November 2017 for one week (or until sold out earlier). Head to the Aldi website to find your closest store if any of these interest you.
Source: Aldi.

How can the have such a list of specs for the laptop and miss the most important part? It does not say anywhere what CPU is has in it. At that price I would think it would have to be an Atom but could maybe a Celeron or Pentium.