In under 24 hours OnePlus will take to the stage in New York and announce the OnePlus 5T. The details and specs of the phone are hardly a secret with it spilling out all over the internet in the last week or two. Overnight XDA have revealed what is possibly a limited edition Star Wars-themed OnePlus 5T.

XDA Developers were approached by a reader who had uncovered some interesting details within the leaked OnePlus 5 Oreo build. They had discovered a Star Wars reference with a new accent colour called “Star Wars”. This colour, with the hex value of #ffff2837, resembles the colour of the cloak worn by Rey which can be seen in the IMAX poster for Star Wars: The Last Jedi. 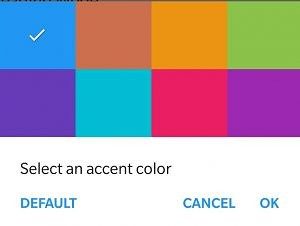 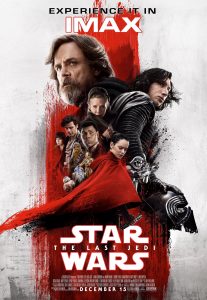 Also, within the OnePlus launcher APK file there is also a file called “customization_workspace_star_wars” which is how it will look when you first boot it up.

After digging further XDA found mention of: DEVICE_CUSTOM_STAR_WARS. While not conclusive, combined with reference to that line as a device within the build properties of the device it seems a fair assumption that OnePlus have partnered with Disney and are going to release a Limited Edition Star Wars OnePlus 5T. It won’t be the first time OnePlus have partnered with companies to produce themed devices having partnered with Colette and Castelbajac previously. Partnering with a company as big as Disney is a huge coup for OnePlus and will push them into the mainstream undoubtedly.

XDA Developers have since pulled their story but it is still around in Google cache and other places so it can easily be read and reread.

Hopefully we will hear more about the limited edition tomorrow morning and we will give you all the OnePlus 5T details and local availability and pricing as they come to hand. Who wants a red Star Wars Edition OnePlus 5T, aside from me?

Would be interested if it came with a built in light sabre.

If you see this then the captcha is working (seems rare).

If someone replies to a comment on this now wordpress? system will I get an email? Of course if the answer is no I’ll never see it and in any case and will eventually give up coming to this site at all.

We’re looking at how to improve the comment system while retaining our ownership of the system. Outsourcing something as valuable as our community to Disqus isn’t something we want to consider.

We will, however, look at any ways we can improve it for our community, and reply notifications is a very good idea. As would be losing the captcha.

testing something for Chris.

Maybe Australian exclusive? Hahahaha….
I laugh to hide the tears.