This morning in New York OnePlus did what everyone already knew they would do: they announced the OnePlus 5T, an incremental upgrade from the OnePlus 5. They provided much more than a phone announcement though with a lot of discussion around the DNA of OnePlus and how they got to where they are today.

The announcement itself was over an hour and the 5T had not even been mentioned more than half way in, that showed their focus on discussing their community, their DNA, how they got to where they are today including some of the missteps and mistakes. OnePlus talked a lot about the development of their operating system, OxygenOS, and how they perceive it. They perceive it as Android+, Android made even better by adding value to it. They talked about the user interaction with the device being key to OnePlus along with maintaining speedy performance through the use of no bloatware and system optimisation while at the same time being power efficient.

Their Beta program and the role it applies was also mentioned, with the feedback of over 250 closed beta testers and over 15000 open beta testers helping to make OxygenOS what it is today. The OnePlus 5 will receive an open beta for Android 8.0 in late November and the new OnePlus 5T will receive it’s Oreo open beta in late December — this was the first mention of the new phone. 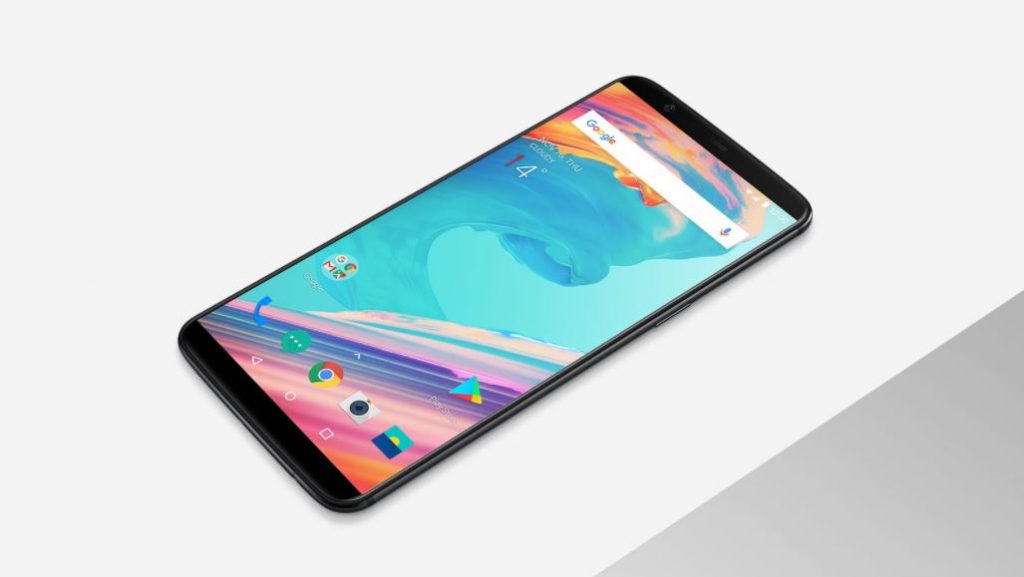 The OnePlus 5T itself held very few surprises by the time it was launched this morning. It has near identical internal specs to its sibling, the OnePlus 5. It is still powered by a Qualcomm Snapdragon 835, still comes in 6GB/64GB and 8GB/128GB variants, and still has a dual rear camera. Notably, the phone still has a 3.5mm headphone jack for those still attached to their phones by wires as well as a 3300mAh battery and the 5V 4A Dash Charging.

The main difference is in the display. The OnePlus 5T jumps onboard the 18:9 display aspect ratio trend, housing a 6.01 inch 1080 x 2160 Optic AMOLED immersive display. OnePlus mentioned the issues some other manufacturers are having with their display and said that was why they waited to implement the new aspect ratio. they are confident this is the best OnePlus display ever. Even with this larger display the OnePlus 5T maintains approximately the same footprint as the OnePlus 5 measuring 156.1 x 75 x 7.25mm and weighing just 162 grams.

The fingerprint sensor this time is rear mounted as there is no longer room on the front due to some incredibly small bezels. The minimal bezels has also resulted in the removal of the capacitive buttons which I was not a fan of on the OnePlus 5. OnePlus used to give you the choice — not any more, it is just not possible. The software features that have been included that differ from the OnePlus 5 include a new face unlock that can unlock the phone in just 0.4 seconds using over 100 facial identifiers and to achieve a 99% success rate requires just the nose and the eyes. OnePlus admitted that it is not as secure as a fingerprint sensor and face unlock cannot be used for sensitive apps such as payment apps.

OnePlus have also included a new feature called Sunlight Display that not only adjusts the brightness when high levels of ambient light are detected but also adjusts the contrast of the display to aid readability.

The phone will ship with their OxygenOS based on Android 7.1.1 onboard but will receive an open beta Oreo in late 2017.

At this stage there is no word on availability in Australia but we have reached out to OnePlus and hope that they can see the benefit of selling their phone directly to Australians. The OnePlus 5T will support all our major LTE bands just as the OnePlus 5 did/does so if you do decide to purchase one you will know that it will work perfectly here in Australia.

Stay tuned to Ausdroid for all the local OnePlus information, should it ever arrive. Fingers crossed it does because the OnePlus 5T looks to be an amazing phone. What do you think?

I am wondering why OnePlus even release it in India initially but not in Australia?

Is the reason they foresee the market in Australia is occupied by Apple, Samsung and Huawei?

India is a massive market. If they capture 1% of their market it will be huge. Whereas we are but a drop in the ocean.

The issue with Australia at this stage is. Logistics and support. This is why they did the soft sale to test it all out.

Based on current exchange rates the 8GB/128GB is around $795 AUD. That’s significantly cheaper than most flagships atm. I’d happily pay that amount plus postage and handing.

Joining in to echo the need for treble! Please find out, been scouring Google for information on the oneplus Oreo betas in regards to this.

Any information on Aus release would be great too.

If I felt my Nexus 6P needed replacing, this would be at or close to the top of my list of options, assuming it gets sold in Australia. Although as the 6P is still working perfectly and has received it’s Oreo update, I doubt I’ll be upgrading for another 12 months.

I must admit absolutely love my 5, it is the new Nexus for me.
Best thing I did was to buy the 5 no regrets at all.

How long before a grey import is available, generally?

i suspect on Tuesday or wednesday.

Possibly a proud owner then… lol

Is OnePlus the new nexus? I wonder if the 5T will be trebleised

was thinking the exact same thing, although at 4:30am I may have been delirious.

re treble-ised, i might hit them up and ask that

its Google’s attempt to help manufacturers speed up their updates.

I think it’s a great looking phone and the design is better than the Pixel 2 and 2XL. It’s a little disappointing it didn’t launch with Oreo but I guess the beta and official OTA aren’t too far away. They just need to make it easy for us to buy now.

Great write up Scott. The 5T certainly looks interesting, and if it’s officially sold here, it will do well.

Website says regional sales are on hold……but will continue to offer after sales support. Not a great way to build loyalty with consumers!!

I saw that too. Hopefully that just means they are working on providing Australian power adapters with the phone.

I’d like an Aussie power adaptor for my OP5.

same. the OPPO R11 charger works perfectly (Dash charge by a different name) – its the best thing about the R11.

i wonder if regional sales are on hold with a view to adding in regional sales of the newer model? This happened for the OP5 in the US and europe etc… wishful thinking?