Home News and Editorial Star Vikings Forever is your Google Play Deal of the Week now...

It appears Google has slowed down on their Google Play Deal of the Week, last week we saw nothing, while this week we simply get a Game Deal with Star Vikings Forever reduced to 20c. Google usually has a Cyber Monday (the Monday after Black Friday) deal on content on Google Play, so we’ll be keeping an eye out to see if those go live soon.

It looks to be some sort of tower defense game in the same vein as Plants vs Zombies, but with puzzles, the game is also based on Vikings…STAR VIKINGS! not plants, or zombies. It features over 8 hours of story mode, so you should get bang for your 20c.

The blurb for the game goes something like this:


Build Your Strategy. Squash Space Snails. Be a Star Viking.

In Star Vikings Forever you will build your team of spacefaring Vikings to take on the evil scourge of intergalactic snails in a fun and nearly endless stream of challenging puzzles.


Oh, and here’s the trailer:


There’s no in-app purchases to worry about, so that’s a bonus as well. If this sounds, or looks like a great game for you, then head over to Google Play and check it out. 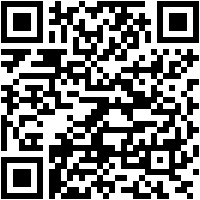 For my Game Deal of the week this week, it’s not a freebie but it is a fairly hefty discount with LEGO® Ninjago: Shadow of Ronin discounted from $6.99 to just $1.39.

With a 6-year old in the house, of course Lego Ninjago is a massive deal, and with the movie just finished at the cinemas he’s looking to continue his Lego Ninjago fun. The game is the usual high quality you’d expect from Lego and Warner Bros. Entertainment though this time there’s no in-app purchases! #Winning.


There is a new threat in Ninjago, and he goes by the name of Ronin. With help from his army of dark samurai, Ronin steals the Ninjas’ memories using an ancient weapon called the Obsidian Glaive.

In LEGO® Ninjago™: Shadow of Ronin™, it is up to players to help the Ninjas regain their memories and reclaim their powers before Ronin completes his plan and releases an even greater evil on Ninjago. Players will battle through iconic locales from the TV series, including the Ice Temple, the Toxic Bogs, and a mysterious new island, as well as visit the mountain village of Spinjago, where the Ninjas are currently training with Grand Sensei Dareth and Sensei Wu.

All I know is it’s keeping my son happy, so if you want to gain a few brownie points and give the kids something fun to play for a few minutes, then this is a pretty good game. Check it out while it’s on-sale on Google Play. 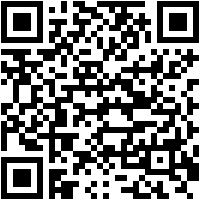