After reviewing the Samsung Galaxy Note 8 last month, I was quite happy with the handset – the phone is phenomenally good (except for the placement of that fingerprint sensor). There was one minor gripe I had with the review unit though: Black is so boring. Samsung though has fixed that, sending me a Deep Sea Blue Galaxy Note 8 to check out and it’s gorgeous.

The Deep Sea Blue colour was announced alongside the usual Black, Gold and newish Orchid Grey colour options in September. While it wasn’t available in Australia at launch, it’s here now. The colour is not overly garish like some of the blue colour options I’ve seen in the past with a muted, understated look that still differs enough from the staid Black option that it’s definitely worth checking out.

The colour extends from halfway around the phone where the glass meets the rear of the phone at the sides, and the S Pen as well is also coloured to match the phone. I’ve taken some shots of the phone in the flesh as it were to show it off:

After playing with this phone for a few days, all I can say is that Samsung needs to release more of these colour variants at launch. They’re really nice, the blue isn’t too overstated that people who normally order Black will be too taken aback, but different enough for people to actually check out your phone enviously.

The Galaxy Note 8 in Black, Gold and Deep Sea Blue is a part of the Samsung Australia Black Friday Sales until tomorrow night with a free Gear Fit2 Pro included making it a pretty good deal. You may want to save $500 though and get it in Black or Gold from Harvey Norman or JB Hifi who are competing on price right now, it’s just a shame they don’t stock the Deep Sea Blue because it’s lovely. 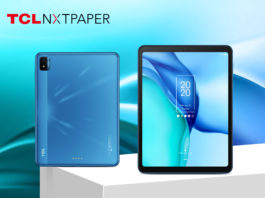 “Samsung’s Deep Sea Blue Galaxy Note 8 is gorgeous” Those comments just want to make me barf. Heaven sakes its a bloody phone people, which odds are you will put a cover on it anyway.

No covers for me.