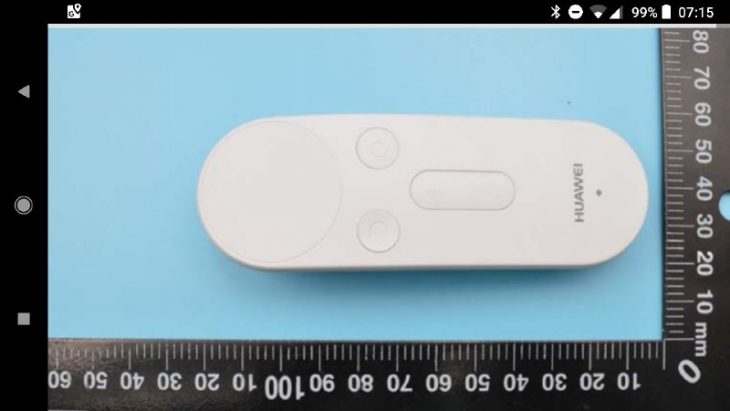 The VR market may well be the next frontier for phone manufacturers and at this stage everyone seems to be going it alone with Google having the only real affordable one with their Daydream View headset. Now it seems Huawei are also working on their own Daydream View headset according to FCC documents that have surfaced today.

According to FCC documents that have appeared on their website a Huawei-made and branded “virtual reality handle” is ready for production. Along with the usual testing documents there is also instruction manuals and photos of the controller and it seems to be very similar to Google’s Daydream View controller.

Within the manual it shows that you can answer phone calls using the VR controller, suggesting that the “matching handle and virtual glasses” are not a standalone VR headset but in fact similar to Google’s Daydream View headset where they house a phone within the glasses and use the display of the phone to project the VR content. At this stage there are no Huawei Daydream-compatible phones but the Mate 10 Pro seems the most likely to gain this compatibility with its OLED display. This is definitely something Huawei could add through a simple software update, as other manufacturers have done to their handsets in the past.

How Huawei plan to compete with Google within this space could be interesting given that Google’s offering is not expensive and is available to most. It is possible that Huawei may be attempting to build a premium Daydream View headset given that Google seems to have the lower end covered.