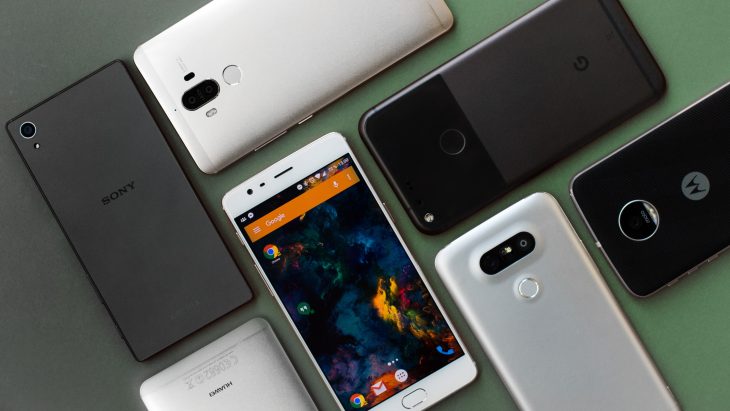 Gartner research shows that global smartphone sales at the end of 3rd quarter 2017 topped 383 million units, a 3% increase over the same period in 2016. This is rather important news, because it’s the first time the top 5 smartphone vendors achieved double digit growth for some time.

Despite weakness in Asia, the region (as part of Asia/Pacific) and the Northern American market drove growth significantly, with 15% and 11.2% increases respectively. In Asia Pacific, Samsung and Huawei have done rather well, and in North America, it’s Samsung’s growth which kept the market alive.

Samsung is the real story amongst all this. Samsung’s smartphone sales recorded a double-digit increase (19.3 percent) in the third quarter of 2017:

“Renewed pushes of the newly designed Galaxy S8, S8+ and Note 8 smartphones have brought back growing demand for Samsung smartphones, which helped it compete against Chinese manufacturers and deliver a solid performance in the quarter. The last time Samsung achieved a double-digit growth was in the fourth quarter of 2015.”

Apple’s growth, however, is about 5.7% over the year thus far and largely off the back of sales of legacy iPhones rather than its newer models.

We’re witnessing shifting dynamics in the smartphone market. Chinese manufacturers are leading the way in emerging markets, bringing a focus on 4G/LTE connectivity and better cameras in more affordable handsets. In all, Gartner is predicting sales of some 1.57 billion devices this year, and that’s huge.

What this means going forward is something like this. While Samsung appears likely to continue its market dominance, Apple’s second place is likely to be quickly eroded, with brands like Huawei, Oppo and even Xiaomi not all that far behind. Apple’s brand appeals in western markets, and to an extent, in China as well, but it can’t compete with the popularity of the Chinese brands releasing ever better and more popular products.

The smartphone announcements over the next few months will give us much further insight into how 2018 will shape up.