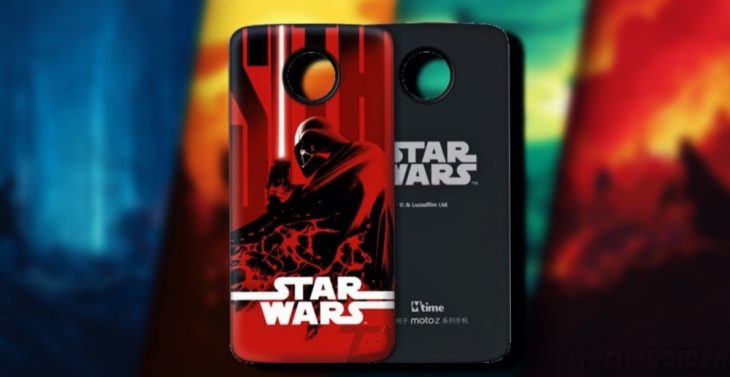 As we gear up for the launch of the next installment of the Star Wars saga which rolls into theatres later this month, Star Wars is so hot right now. Motorola is cashing in on that with a limited edition Moto Mod for the Moto Z line, but the bad news is that it’s going to be limited.

The Moto Mod is non-functional, rather it’s simply a Style Shell for the Moto Z line of phones, with Darth Vader on the rear, there’s no bonus heavy breathing sound effects or anything as far as we can tell – it just looks good. Priced at ¥129 (about $25.61AUD), the mod will only be sold in China and in limited quantities.

There’s little hope that the mod will be launched elsewhere, but it won’t stop it from being a highly sought after item for Star Wars fans. If we hear of the mod coming to Australia you can be sure we’ll let you know…after we secure one (and maybe a Moto Z) for ourselves.