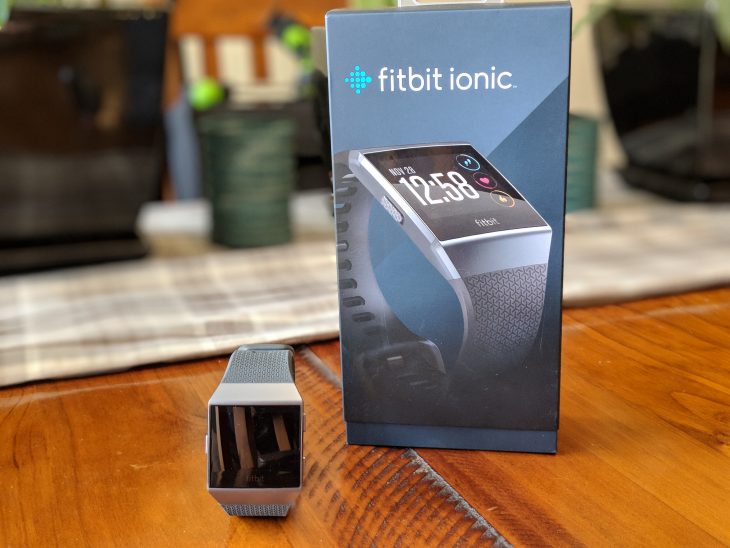 The first Fitbit smartwatch, the Ionic, is getting a little more smartwatch like with a new update rolling out through the Fitbit app.

The update brings several improvements including new watch faces, a new subscription music partnership with Deezer that will start in 2018, but most importantly it brings Apps! As I lamented in my review of the watch, a big hole in the smartwatch arsenal of the Ionic was a lack of apps and there are now some to download to your wrist.

The apps cover a few categories, Lifestyle, Health & Fitness, General & Utilities, News & Finance and Fitbit themselves have even added a couple of new apps. While Fitbit is reporting a whole slew of new apps on their blog, in Australia we don’t quite get as many. The new apps are still few, but they’re there:

Apps add a whole new dimension to the Ionic as a smartwatch, but there remains a lot of work to go till it’s competing on the level of Android Wear, Samsung’s Gear S range and of course the Apple Watch. For the most part, the apps are pretty basic utilities, but there’s enough here to pique the interest of users.

Also updated are some new watchfaces which are quite nice. There’s new categories – Digital, Analogue, Stats Heavy and Fitbit Labs, and the stock Fitbit watchfaces also got a makeover.

The Fitbit Labs section is filled with four watch faces from the Labs team who created a virtual pet to encourage you to walk more:


This clock face series allows you to adopt one of four virtual pets—choose from two dogs and two cats—and use your steps to keep them happy. Walk enough to feed your pet at least eight treats (1 treat = 10 percent of your daily step goal) otherwise it will leave you the next day to find someone else who will. Each night your pet will go to sleep at around 10 p.m., gently encouraging you to hit the hay, too.
[

Also included in the update is the option to let you add more banks to the payments app. This allows you to choose which card you want to use from your wrist. In Australia Fitbit Pay is supported by ANZ, Commonwealth Bank of Australia (Mastercard), National Australia Bank and Westpac (Mastercard), so you can add those if you want.

The update is available by checking in the Fitbit app on your phone. It appeared for me as soon as I opened it up, but did take a fair while (4 hours) to download and install to the watch, during which time the phone and watch have to be near each other. If you have an Ionic, check the app and download the update now.

As I keep saying if only they had at least kept the ability to use the apps from the Pebble watches then this might have been interesting but still has a long way to go to even catch where Pebble was. To me my Pebble Time Steel is still much more useful than this watch.

I agree whole heartedly. the SDK is reportedly much easier to develop for (and Pebble wasn’t too hard) so there is that going for the device, the sensors are cool and the battery life is ok. the shape is bad, the bezel is bad, the lack of compatibility with watchstraps is bad. Eric (pebble creator) said on Twitter 2 weeks ago that actually Fitbit committed to him that they’d run the Pebble servers *beyond* 2017 so its possible that the ionic isn’t their be all and end all replacement for the Pebble line. Fitbit had the Surge with non backlit… Read more »