As Games on Facebooks Messenger service turns 1-year old, they’ve taken the wraps off some new features that will get users excited including live streaming of games, multi-player gaming in video chat and of course more games, including the game that’s everywhere: Angry Birds.

To start with Facebook wants you to know that the Messenger gaming has 70 games available to 1.3 billion users on it now from 100 developers. Of those games, 200 million minutes have been used collecting cherries, apples and zapping ghosts in Pacman, while more than 692 million words have been created in Words With Friends. But it’s not about the past, Facebook has loads of new stuff for Games on Messenger.

The big new game coming is Angry Birds which will join the Messenger games line-up in early 2018. Developed by Coolgames, the company who also developed the recently released Tetris for Messengers Gaming service, Angry Birds will bring all your favourite birds (and pigs) into your chats. Also coming down the line for Messengers Gaming service is Sonic Jump from Sega, Disney Tsum Tsum (I have no idea what this is, but apparently it’s a thing) and Puzzle & Dragons.

Another new feature coming to Messenger will be live-streaming of games. Using Facebook Live, gamers who are playing games on Messenger will be able to stream their games to family, friends and followers by tapping on the camera icon at the top of the screen and selecting ‘Start Live Video’. Once players are finished streaming, the stream will then be published to your page or profile – although Facebook says that you can remove the post if you want to. 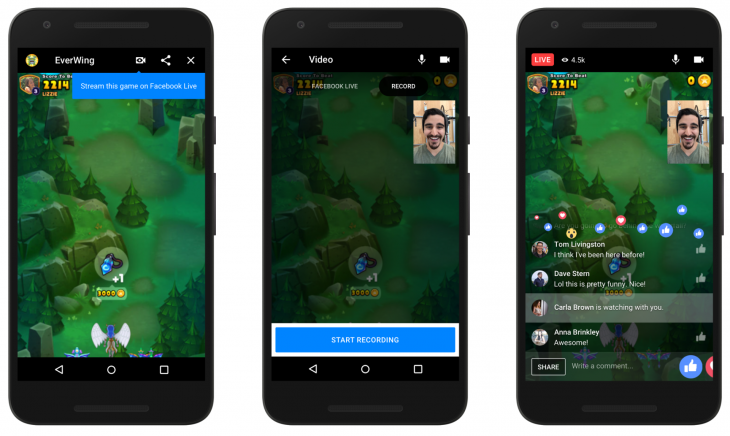 Finally, Messenger is adding the option to play games with your friends while you’re video chatting with them. The games will be multi-player like Words With Friends from Zynga which will be the first game to launch. Facebook says that this will be a way to see the reactions of your family or friends, it’s also a way to pep up any boring work chats if you use Messenger there. Facebook says that the live-streaming feature will go live from today, so get ready for that in your feed, while the Angry Birds and Sonic will arrive from next year. Games in group video chats are about to start testing soon, so they will be a while off. Looks like Messenger will be getting even more fun in the coming months.