Home News and Editorial The night I thought I had broken Google’s Pixel 2 XL (and...

Ever since I received my first Android phone, the T-Mobile G1, (and months before the HTC Dream appeared on our shores) I have been hooked on tinkering with the software. That first entry into Telnet, as was then used to obtain root access, and the feeling of power over the software and I was hooked. I have always used and bought phones that were “hacker” friendly, which is one reason why I like Google’s phones, be it Nexus or Pixel variety.

Google’s phones have always been the hackers or tinkerers phone, as the bootloader is easy to unlock and Google supply not just the factory images but the full source code to them. Having the factory images available has saved many a phone of mine late at night when I thought I would “just try one more thing”. As time has gone on, Google have made root access a lot more difficult due to an increased required of security for banking transactions such as Android Pay etc. For this reason root access is no longer a trivial thing with a phone made by Google.

Why do I need root access? That is a story for another day but suffice to say, why not? It’s my device, why can’t I do what I want with it?

I am currently using a Pixel 2 XL review unit provided to us by Google. While Google are great at getting devices into our hands to spread the good word regarding their devices it would most likely be frowned upon if I returned a phone to them that was now as useful as a doorstop. For the second time in the two weeks I have had it I thought I had done this. While Dan was amused, Chris was not so much. I feared my tenure here at Ausdroid may have come to an end. 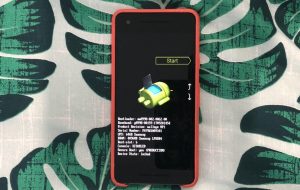 While outwardly (I had friends over for a BBQ about an hour or two after I started the soft brick bootloop) I exuded calmness and confidence, I could fix it internally I was hitting the panic switch. I was the proverbial duck, paddling furiously under the water while looking in control.

It all started when I tried to go from an unlocked, rooted Android 8.1 DP2 to a stock, stable, Android 8.1. I didn’t have a custom recovery installed. For me these days root access is just about adding a bit of functionality for Android, not editing the system partition with a custom ROM or anything such.

I performed a standard Titanium Backup of my apps but didn’t transfer to my PC as I figured this was a basic thing and wouldn’t take me long — afterall I had my best mate and his fiance on their way over for a BBQ. Rookie error. This is another reason I was stressed at the time. I hadn’t backed up all my apps and although Google is good at restoring apps from previous devices it is still far from where it should be at restoring data of previously used apps.

Simple enough: download the factory image, edit the flashall.bat so it didn’t wipe my data when I ran it and bang you are done. Seems simple right but unfortunately I was using my new Dell XPS 13 9560 which I had never used before for updating an Android device. After running the flashall file it all seemed to go wrong.

Fastboot booting the most recent TWRP didn’t help — it would hang on the TWRP splash screen. Nothing. Not a great time in the Plowman household.

It was here that I messaged my fellow Ausdroid writers with the message:

So, I wonder if I have just soft bricked this pixel 2 XL again…Scott Plowman, soon-to-be-former Ausdroid Writer

The messages I got back were not encouraging:

Have you really?the sensible Ausdroid Editor while preparing the DCM to me

Lol, Scott is banned from ADBamused Ausdroid Editor a couple of drinks into a 40th birthday party

Things were not looking good for everyone’s favourite Melbourne Ausdroider. The duck was beginning to swim even more furiously. No matter what I did the phone would not revive. I mean what could have changed from two weeks ago when I unbricked a softbrick back then with a few furiously typed fastboot boots. There is always something and that is the moral of this story, well, there are two.

Yes eventually I got the phone going again and it was ridiculously simple. You will all laugh and think much less of me but hopefully I can help at least one person who has the same issue in the future.

The first moral is always back up everything to your PC or the cloud before performing any type of manual update etc, or maybe even do it every few weeks just in case. Yes a simple Titanium Backup followed by an “adb pull /sdcard/TitaniumBackup” and you are good to go to restore anything later.

The second moral of the story and the main one in this case: always make sure your Android Platform Tools are up to date. Yep, I failed to update the platform tools since the new version of Android 8.1 was released. I suspect I never installed the full SDK on the new Dell XPS and instead installed a simple quick fix from XDA. Big rookie error.

Once the Platform Tools were updated using the Android SDK Manager it was plain sailing. Flashed the same flashall.bat as before and a few minutes later it booted into the Android OS, with Oreo 8.1 running without an issue.

This is one of the main reasons I will always prefer a hacker-friendly phone — the online factory images to restore broken phones, the openness of the tools required to hack and the ability to restore software in nearly all cases.

So let my rookie errors on a Saturday night be a warning to you all. Always keep your software updated and read instructions and issues others have had before proceeding with anything.

The Pixel 2 XL lives (and so does my illustrious Ausdroid career) and Google will be none the wiser (Sundar doesn’t read Ausdroid does he?). 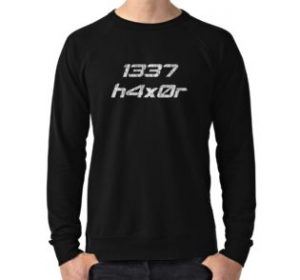 I learnt about updating the SDK tools last week too. Last Thursday my Pixel XL (gen 1) started going bonkers. Force closing just about all of my apps. I was on the latest preview and although the final 8.1 was rolling out, I hadn’t got it yet. I figured I’d down the OTA and just flash it manually. Wouldn’t go into bootloader properly and thought I did something wrong. Downloaded the full image file and still no dice. After an hr I thought ‘let me check the SDk tools is all up to date’. Quick update and everything went well… Read more »

At least you have spare phones ready to go. I don’t have that luxury at the moment with my bootlooping Nexus 5X. 🙁

“I performed a standard Titanium Backup of my apps but didn’t transfer to my PC as I figured this was a basic thing…Rookie error.”

I snortled when I read that ; ) (sympathetically) Thanks for the cautionary tale (and a hilarious read).

No one will think anything less of you mate ,
A . We all make mistakes.
B. CURIOSITY and dipping a toe into the murky waters is how we learn stuff and get better , even though sometimes that path ends up with some pain and cost along the way .