Home News and Editorial Will your Android Wear watch get updated to Oreo? Here’s the list... 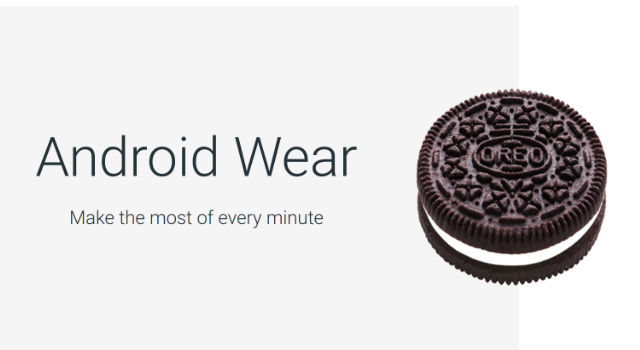 Google began rolling out the Oreo update for Android Wear last week, starting with the LG Watch Sport – a watch that never shipped in Australia. As usual, we’re all interested to see which watches will get update to Oreo – but Google has a list for that.

So, which watches will get it? According to the support documentation for Android Wear, these watches are in line to receive the update:

Watches that are currently pursuing the Android Wear Oreo (8.0) update:

Notably it appears that Motorola isn’t updating any watches, Huawei has dropped their original Huawei Watch (it still looks great) and LG is only updating their most recent watches. Google does say in the support doco ‘For the exact timing of the update or if your device isn’t on the above lists, please contact the device manufacturer’, so you can try contacting the manufacturer, but it probably won’t help much.

Again, this isn’t a massive feature update, and some of the watches not included in the list are getting on in years. If your watch isn’t on the list and you really must have that latest update, maybe it’s time to go back to Santa and ask him about a new watch.

My LG 1st gen Urbane isn’t on the list and I certainly don’t want another Android wear watch atm. Having bought in at almost inception and witnessed 1st hand the deterioration of Google’s wear based OS I won’t be asking Santa for anything that ships with Wear OS 😉

I still have a wearable itch and the battery is degrading in my LG after over two years of continous use so I wouldn’t mind something new. However, if I do get something new to put on my wrist it won’t be running androidwear.

I find myself almost agreeing with you Josh. While the HW2 is my favourite wear I’ve used, it still doesn’t really have the year-on-year feel of longevity about it. I find myself thinking that a dumbwatch may ultimately be a better choice for me. I tried a Fossil Qnate and very quickly gave up on it. Not only was it uncomfortable but the smart features were pretty useless actually, and didn’t justify really being in the watch at all.

So, it looks like my Moto 360 2nd gen is now officially out of date.