The Dumb Ways to Die series is a runaway success for Metro Trains. The series started out as a public service announcement video about safety around trains and grew into a hugely successful game franchise, which is now in its third instalment. In co-operation with Melbourne-based game studio PlaySide, the third instalment is now released – and its called Dumb Ways to Die 3: World Tour.

If you’re unfamliar with the Dumb Ways to Die franchise, there’s a lot about the main characters – who are Beans – dying in this game. Leah Waymark, CEO of Dumb – yes, that is the correct title – said,

We’re really excited to be taking our fans deeper than ever before into the world of the Beans. Dumb Ways to Die has always been about drawing people to an important message with humour to get them to think about the consequences one careless moment can bring. We hope that by being put in the role of a caretaker, players will come to really care about their cute little Beans, and this will change how they think about risky behaviour.

The new game sees players take charge of Bean locations all around the world, taking care of the Beans while they’re inevitably injured, repairing their buildings and generally trying to keep the beans alive. The mini-games included in this third edition include learning to fly a plane, floating through space, exploring a cursed tomb, and rushing headlong down a ski slope – all really great fun activities which have unfortunately the possibility for ways to die.

At launch there are 10 popular Beans available to collect, each with their own unique behaviour and distinct (read: Dumb) ways to die. You can clothe and accessories the beans with outfits that you unlock, and thanks to in-game benefits – including In-App Purchases valued at between $0.99 – $29.99 per item – you can buy clothes for your Beans. The game is free to play and available from Google Play (and the Apple app store) now check it out. 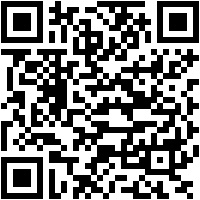