Amazon is making headway with Google fans, releasing an Android TV app for their Prime Video subscription service – but don’t get too excited yet, because you can’t actually install it on anything.

Amazon has had a contentious relationship with Google over content and hardware distribution. Amazon has not sold the Chromecast or a slew of Google products such as Google Home (or Mini) due to what seems to be competition concerns. After Google announced they would pull support for YouTube on their FireTV and Echo Show hardware, it seems like Amazon is slowly turning, and this is a good step for customers – at least if you could install the app.

At this stage, though listed on Google Play, the Amazon Prime app for Android TV has no compatibility for any Android TV boxes on the market. Embedded Android TV systems including those from Philips, Sony and TCL can’t install it, nor can set top boxes including the Razer Forge, NVidia Shield TV, Nexus Player or other boxes such as the ADT-1 Android TV Dev box. The app itself looks very much like the Amazon Prime app available for Sony Bravia TV owners. When we will see this app made available to more devices hasn’t been announced, but it should hopefully be soon.

Having no Android TV, or more importantly Chromecast support has been a consumer unfriendly move by Amazon basically trying to push their Fire TV hardware onto users to get access to the service. There is some good content on Amazon Prime Video including The Grand Tour, Man in the High Castle and many classic TV shows and movies, but if I, or other customers can’t get them to a big screen easily then it’s useless to me (and anyone else).

At this stage, most people just want Google and Amazon to sort out their differences and let the market decide which casting (Android TV vs Chromecast vs FireTV) method is best for them. 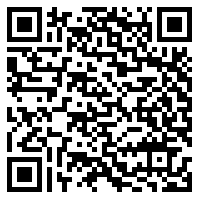 Not available for MiBox3 international

I’ve got amazon on my Sony Android TV and it works extremely well.

Me too, they must have a deal with Sony because the Prime Video app has always worked great