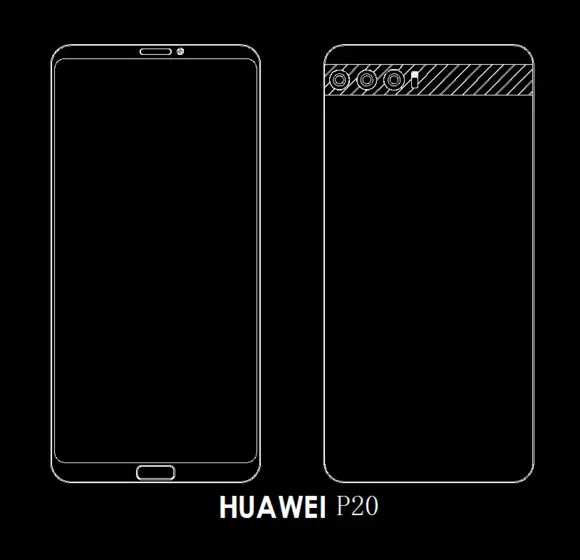 Pictured above is the Huawei P20, according to a leak on Weibo, and it features the three cameras which had been rumoured earlier. From what we understand, the P20 series should feature three cameras which combine for a whopping 40MP of image quality, and “5x Hybrid Zoom”. This sounds pretty incredible, and in theory it should be pretty good, but whether it is in practice is something yet to be seen.

The designs for all three leaked models look similar, though you’ll notice the camera placement varies by model:

Rumours indicate that the P20 and P20 Plus will feature the same Kirin 970 processor as the Mate 10 / Mate 10 Pro, while the P20 Pro will feature the more powerful Kirin 975. With 6GB RAM and 64GB storage as a baseline, we understand the P20 will be seriously powerful.

As with all leaks, and especially those from places like Weibo, there’s simply no way to authenticate the images against anything, so these could be someone’s mockups based on rumour, or they could be designs used for case design. Who knows.