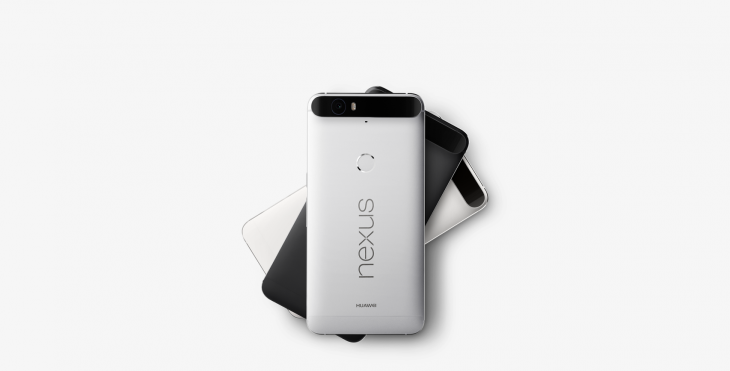 Inspired by this post on Android Police, we decided to trawl through our Analytics to figure out which devices had been most popular amongst readers of Ausdroid, and those devices which barely rated a mention.

Why do this? I was interested to see if there was much difference doing this for an Australian audience as opposed to a much larger US-based website. Of the 2,000,000 mobile sessions with Ausdroid this year, there are some surprising findings, including some similarities and a few differences to the US experience. So, read on to find out how we put this together, and the results we found.

Like Android Police, our data is compiled using Google Analytics, which allows you to sort traffic by mobile device. About 5% of our mobile traffic doesn’t register a particular device, either because of their browser or because the manufacturer of the phone left the field undefined. It’s also worth noting that unlike other series phones (e.g. Galaxy S4, S5, S6), Apple’s devices aren’t broken down — all iPhones report as iPhone, and iPads as iPad; there’s no indication of which particular device is used.

The top 10 devices (as well as Apple)

A somewhat surprising finding is that, in total, 19.15% of our mobile audience used Apple devices. We can’t say which ones, beyond iPhone and iPad, but still, that’s a big slice of the pie.

To keep it a bit more relevant, here’s the same data for the month of December 2017, showing which current devices are most popular:

Firstly, whoever’s still using the Samsung Galaxy Note 7, return that deathtrap and get a refund. 7 readers used the Galaxy Note 7 regularly during December 2017. Like seriously, wtf?

The top phones that aren’t Apple? They’re dominated by Google’s Pixel line and Samsung’s flagship phones. By a convincing margin, too. In fact, to get past these phones and find something different, we have to dig down the list quite a bit. Here’s where there’s some other flavour, and this is for the month of December only:

Motorola does alright, first showing at #22 with the Moto G5 Plus and at #24 with Moto G4. The fact that they’re not a huge percentage of our readership (something like 1% of mobile devices in total) says that Motorola, while doing well, could do a lot better.

HTC’s 10 is at position #20, and the rest of their devices don’t even show in the top 100. This doesn’t bode well, despite the (apparent) popularity of the HTC U11 range.

The first Sony appears at position #35, with the Sony Xperia XZ Premium. The Xperia Z5 is way lower at #48. While Sony made a lot of song and dance about these phones earlier in the year, they’re really not advertised all that widely – compared to say Samsung and Google’s devices – and so it isn’t all that surprising there aren’t many readers using them.

The last but not least is old Nexus phones – the Nexus 5X and 6P are well over two years old now, and yet still account for a combined 3.66% of visitors in December 2017. Apparently people don’t like to let go of a good thing .. not that the Nexus 5X was much good, but the 6P was certainly better.

What can we make of this?

Our mobile readership – which is roughly half of our entire readership – prefers Google and Samsung products (when they’re not using Apple). So, next time you’re wondering why we devote so much time to Samsung and Google rumours, now you know.

There’s significantly less use of what we would consider the other ‘major’ brands such as LG, HTC and Sony. Huawei is also surprisingly low on the overall readership.

Perhaps most relevant at this time of the yearly cycle – in the month or two prior to Mobile World Congress – is that precisely nothing launched at MWC 2017 features in the top 10, either for the year or for the month of December. In fact, the highest of them – LG’s G6 – doesn’t show until position 19.

I think what we can take from this is something we’ve known for a while; Ausdroid’s readership prefers the mainstream devices, and though there is significant vocal interest in more niche devices (and those from emerging manufacturers), those vocal users do not make up the bulk of our actual readers. We’ll take something from these findings into 2018, and we look forward to seeing what exciting new products we can report on next year!

There certainly aren’t too many LG G4s doing the rounds… though I understand Ausdroid’s review unit is still working (somewhat)!

Jeez I must be the only one with a G6 visiting your site!

It’s entirely possible that you are!

I have a G6 but generally visit this site on my computer. Technically I have a G6+ but all that means is that it is a G6 with 128GB of storage.

I think, Nokia is the best from all devices.

It shows that Apple is still the dominant force with Aussie consumers.. I am one of those wih an iPad my pad is six years old and goes great guns and I would have bought the iPhone X but for the ridiculous price no phone is worth that much so bought the iPhone eight instead. I love reading ausdroid to see if android is catching up to Apple .still not there .love the look of S8 but iPhone X looks even better .

Fascinating. The Apple usage is interesting, but not surprising because it’s always good to keep up on what’s going on over the other side of the fence

I don’t know if reading about a particular device means it is the most popular , It could just mean the device is in the news for all the wrong reasons , The abundance of issues with the pixel for example . The nexus 6p and orio issues , shutting down and battery issues .. As a bit of a phone geek myself i have probably looked at one particular model sooooo many times In articles and tube reviews ……. and then at the end of it decided , it’s not for me . So yeah i don’t know that… Read more »

Coincidence? I think not.

In relation to this, my note 4 shows up as a note 7 due to the custom rom. I’d think this is more likely the case

That’s also a good point. Let’s not forget that some people likely ended up buying the FE version of the note 7

I would use a galaxy note 7 Fe edition no problem , these are the 3rd and final edition that don’t have the problem batteries of version one , or two .
Even though the 7 fe is old tech now ,. I still like the look of it over the current model.

I’m a bit surprised by the 19% who say they have Apples, I didn’t think Apple users even admitted that anything else existed, so what are they doing on an Android website. Methinks someones having a larf.

Unless someone’s modified their device to report itself as an Apple device, I don’t think it’s made up.

Did they have to show the phone type in the response? :;
my post was more about them even accepting the fact that Android existed.

It is automatic, the user does not generally know.

I’m a Google / Nexus / Pixel fan boy and staunch supporter but I use an iPad Air for a tablet. I tried the Pixel C and it sucked and can’t bring myself to buy a Samsung tablet. In my eyes there is no doubt who makes the best tablets. Apple does.