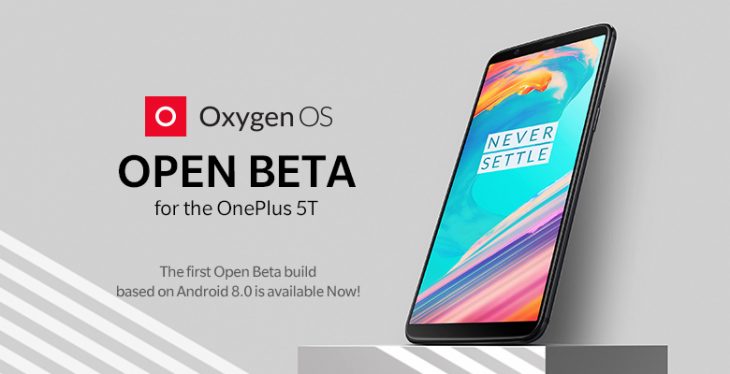 The software developers at OnePlus have apparently been extremely busy (and productive) of late releasing several updates for their phones and now their newest flagship has joined the party.

Although the OnePlus 5T is the newest phone it was languishing on Nougat while the 3/3T and the 5 all received Oreo in either beta or stable form. At the launch of the 5T OnePlus stated that Oreo would arrive in an open beta format by the end of the year and to their credit they have accomplished this.

Yesterday OnePlus released Open Beta build 1, Android 8.0, for the OnePlus 5T. The update brings with it the usual Oreo additions including:

To join the Open Beta program you do need to follow the instructions set out on the OnePlus website which is the same as it was to join the OnePlus 5 beta program. At this stage reports are that the Oreo beta is very beta with quite a few bugs and instability so if you hate bugs and covet stability maybe wait a week or two for beta 2 to fix these bugs.

OnePlus have also included mirrors for you to download the firmware as well as custom recoveries if your phone is unlocked. At this stage I have not tested it on my Limited Edition Star Wars OnePlus 5T because it is waiting to be delivered to me tomorrow. At this stage it is unclear whether all the Star Wars theming will be kept after flashing the beta (Even though they have a screenshot of it present) so I’m sorry, I will not be testing that one out. Bugs present include PIP mode for YouTube only working for subscribers and the much vaunted face unlock loses some functionality but still works fine is good light situations.

If you have a OnePlus 5T and want to check out Oreo for it head on over to the OnePlus website and have a read. I would suggest you read much of the thread (37 pages at this stage) so you know what you are in for should you flash it. If you do let us know how you went.

My OP5 hasn’t updated yet. Still waiting for it.