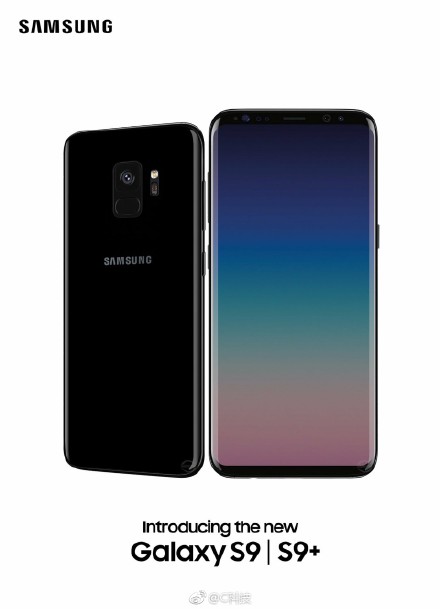 A couple of new renders of the upcoming Samsung Galaxy S9 and Galaxy S9+ have appeared, showing off what we’re likely to see as Samsung’s premier smartphone for 2018. The leaked renders show both phones, though we only see the back side of the Galaxy S9, and not the Galaxy S9+. 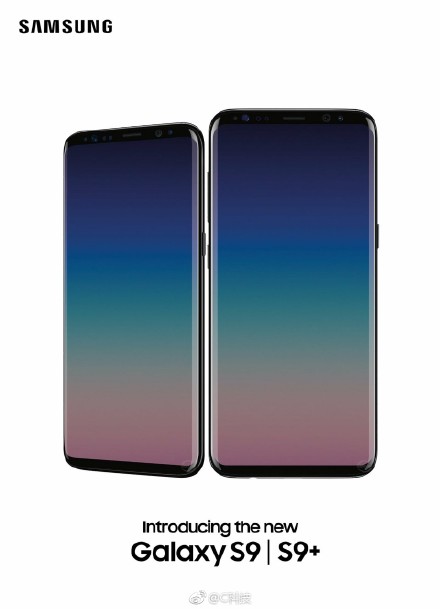 Although it isn’t possible to see the rear of the larger Galaxy S9+, the rear of the Galaxy S9 certainly looks good, confirming previous rumours that the single rear-facing camera will remain, and that the fingerprint sensor will likely be moved to make it somewhat more intuitive. That should address one of the main complaints about the Galaxy S8 range – it was too easy to smudge up the camera lens while trying to find the fingerprint sensor.

The front renders also show us dual front-facing cameras, an interesting development, so there should be some increased selfie focus / capabilities here. We can also see significantly reduced / non-existent bezels, which may make the overall phone slimmer, too, as well as making the front view that much more appealing.

Rumours suggest that Samsung could unveil the Galaxy S9 and Galaxy S9+ as soon as next week at CES 2018, though it’s unclear whether Samsung will “go early”, or launch their new phone at the tradeshow for mobile at MWC in February instead.