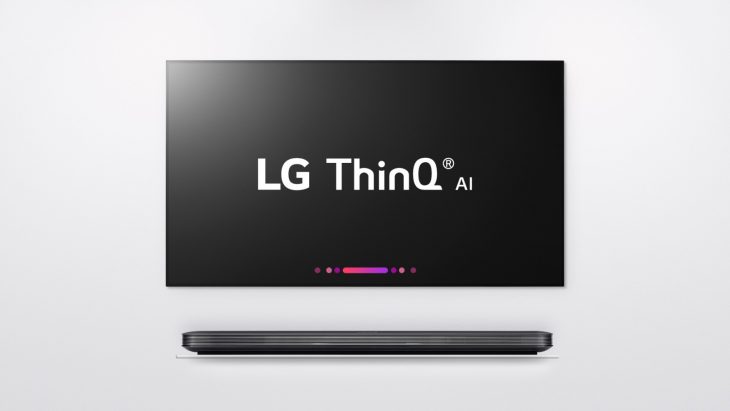 LG is readying to announce a range of new OLED powered TVs at CES 2018, including one that’s apparently 88-inches big and features 8K resolution, but that’s not the biggest news. No, in 2018, LG’s new TVs will come with Google Assistant.

LGs TVs have shipped with webOS-based operating systems in the past, which included LG’s own version of a voice assistant, but this year it’s taking things a step further including Google Assistant on its OLED and “Super UHD” LCD displays under the company’s new ThinQ branding.

LG appears to have adopted a dual strategy for smart assistants; you’ll be able to use the ThinQ AI for more contextual, TV-specific tasks, like asking to “search for the soundtrack of this movie” or “turn off the TV when this program is over.” Users in some countries (it’s not clear which, exactly) will also have access to Google Assistant for controlling smart home devices or accessing anything else Google Assistant can do. LG also says that its ThinQ AI TVs will be able to serve as a central smart home hub, too. The TVs will likely still run webOS underneath these new ThinQ features.

Exactly how LG is integrating Google Assistant remains to be seen, but given its increasing share of home automation partners going with Google’s platform seems like a great idea for LG to make its ThinQ TVs truly the centre of a connected home.