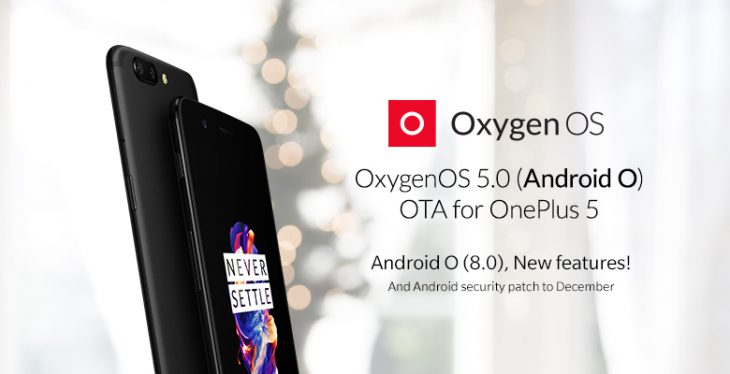 Just the other day we reported on another beta Oreo version rolling out for the OnePlus 5 following the stable release but now it seems that OnePlus have missed some major bugs and have stopped the roll out.

In a reminder to why manufacturers slowly roll out updates to phones OnePlus seems to have missed a few major bugs in the stable Oreo build rolled out at Christmas. At this stage it is unknown what the bugs are but speculation is that one of them has to do with some users experiencing random double vibrations on their hardware keys, vibration unable to be decreased (always vibrating at a maximum level) and Bluetooth instability.

I had been running stable Oreo on my OnePlus 5 since it was released and did not notice any issues but this is why roll outs occur — everyone uses their phone differently so bugs that some people find others may not notice. Imagine if they had released the ROM to everyone at once — there would be a lot of irate users trying to use buggy software.

It seems that users running the Open Beta 3 Oreo for the OnePlus 5 are also experiencing some of these bugs so the OnePlus developers will have a lot of work ahead of them.

Good on OnePlus for halting the roll out of what appears to be buggy software but the Android world will be watching to see how fast they can squash those bugs.

Have you noticed any of these bugs on your OnePlus 5?

On open 3 and no issues so far. Bluetooth is better than before when it would crash the system when you turned it on. Otherwise all good.

Its not “good on OnePlus” for halting the rollout but for having one in the first place, as you say this is the point of them and anyone who says a release should go to everyone at once is clueless.