Home Mobiles New render of HTC’s upcoming U12 shows off display with hardly any... A new render has surfaced overnight of HTC’s upcoming flagship device, the U12, and it would seem that there may be a display with hardly any bezels.

The render, which showcases the upcoming U12’s front display (and sadly without a rendered screen), leaves us unable to clearly the see the reported, expected and extremely slim bezels unlike HTC’s 2017 flagship, the U11. HTC has showed that it can trim down bezels with the U11+ and it is expected these should be even smaller on the upcoming U12. 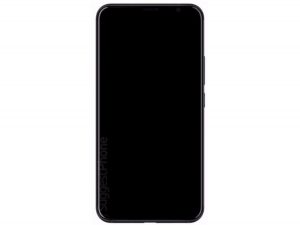 Previous rumours that have leaked out have suggested that we could even get a 4K display on the U12, thought this is yet to be confirmed.

The U12 should, according a list that was sent out by chipmaker, Qualcomm late last year, be powered by the company’s Snapdragon 845, with the fingerprint sensor moved from the front to the rear of the device, with HTC expected to finally get rear dual cameras like most other high end (and mid-range) smartphones we saw last year.

As with most renders and rumours, we suggest you take them with a grain of salt as we do tend to see some phoney renders have popped up in the past, but what from we’re seeing here in this render, doesn’t seem *too* far-fetched at all.

Are you looking forward to the upcoming HTC U12? What would you like to see the U12 come with, we would like to hear your thoughts and suggestions in the comments below.

If you are going to write articles, can you please add the source link.